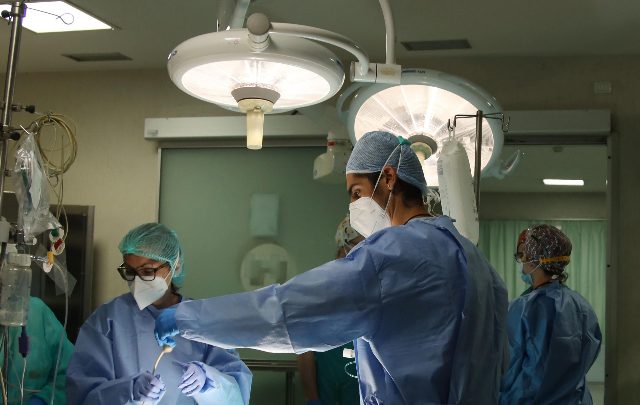 Sonia Sein had struggled to breathe for years and feared she would suffocate in her sleep, but with the first-ever transplant of human trachea she was now doing well enough and in high spirits, CNN reported. After the transplant at Mount Sinai in New York she said she wanted to dance around with her grandchildren.

Sein said for her it felt like right after she could breathe. She added when she took that first breath it was heaven. Sein underwent the surgery in January.

A bad asthma attack in 20014 damaged the former social worker’s trachea following which, the 56-year-old had to go on a ventilator.

Sein had multiple surgeries to correct the problem, but that only aggravated the damage to her airway. She was able to breathe through a hole in her neck following a tracheostomy. She had a long tube running down to her lungs.

According to the Bronx resident who spoke to CNN, she thought her breathing was less productive. She added it took a lot out of her to breathe.

The windpipe or trachea is the tube connecting the larynx to the lungs and was essential for breathing, speaking, and normal lung function, Mount Sinai said in a news release.

It was far more complex than it sounded and for decades, medical experts thought transplants would not be possible, according to Dr. Eric Genden, the surgeon who headed transplant team at Mount Sinai.

Genden had spent 30 years researching long-segment tracheal transplants, a quest he had pursued since his medical school days.

He told CNN that even as a student, it struck him as odd that while kidneys, livers and even hearts, could be transplanted, there was no way of transplanting the trachea.

He added the greatest challenge was figuring out a way to supply blood to the donor trachea due to the complex structure of the organ that had tiny blood vessels.

In his research, Genden found that larger blood vessels measuring the size of a spaghetti strand in the esophagus and thyroid gland could provide the donor trachea with blood flow.

According to Genden they were closely monitoring Sein and she had not shown any signs of rejecting the donor trachea.

Genden said she was actually doing very well and better than what the team had thought she would. He added, what was really interesting was that her cells were growing into the donor trachea and the donor trachea was slowly becoming her own.

According  to commentators, that meant the team could later be able to reduce the medication needed for suppression of her immune response to prevent rejection.

Genden added, Sein could now breathe and eat normally after the transplant. The port in her throat, could allow doctors to insert a probe to monitor the transplant, but  according to Genden the hole  would be closed in a few weeks.

Sein said that she had tried to stay active before the transplant, but it was difficult as she needed to suction and clean her breathing tube to ensure that it did not get clogged. Though at night she used a ventilator while sleeping, she feared she could choke to death on a clog.

She started researching trachea transplants after doctors treating her earlier said they could do nothing more for her.

She was angry so she started researching, as she thought trachea transplant should be possible as there was a transplant for everything else. And that was how she found Dr. Genden she said.

She said she had even considered getting admitted into a hospice if transplant was not an option and had also drawn  up the paperwork in 2015.