Covid Tracking Project’s data shows that there had been a drastic drop in figures related to the pandemic on Monday. This becomes the lowest in contractions since October 18, and the lowest in deaths since November 20.

According to the data of the agency, the total number of new cases was 55,077 on Sunday with 1,078. Hence the seven-day average new cases and deaths get reduced to 86,964, and 2,541 respectively. Though the numbers remain higher, the drop is significant and indicates a sooner comedown if the nation follows a similar pace.

When the pandemic was at the zenith of its attacks in January, after the post-holiday surge, there were 4,000 and more COVID-related deaths were reported per day with 300,000 infections.

The statistics also showed a remarkable drop in hospitalizations from its January peak, a reduction of half of the numbers. By last Sunday, the U.S had 65,455 people in hospital beds. The current seven-day average of the same has fallen to 71,949.

While the country slowly gets relieved from COVID-19 attacks, the Centers for Disease Control and Prevention promotes in-person schooling. The agency said that with the proper administration of prevention measures, it is possible to resume in-person learning in schools safely. Besides, the teachers and staff of schools are on the line to get immunized as well.

Some schools in Los Angeles County restored on-campus learning by this week. The health department also stated that the significant reduction of COVID-19 infections and deaths in the country will practically let dozens of schools reopen for in-class instruction for children who belong to the TK-6 grades.

Since there has been a significant improvement in the numbers many sectors in the country apart from schools are planning to resume their daily routines.

In L.A, a protest was reported on Monday by students and parents on behalf of reopening schools in the area. Parents who were involved in the protest unanimously said that the distance education strategy which has been followed in the country so far during the pandemic is not working. Children who took part in the protest also kept placards conveying the importance of school reopening.

Dr. Jonathan Reiner, the former medical advisor of the White House said that the country should treat teachers to be like the first responders. Reiner further added that the teachers need to be treated the way they are worthy of and it is crucial to get them to be vaccinated.

The vaccination rate in the U.S is also getting to be paced up. Recent reports say that despite the threat of the coronavirus variants and mutations, the country could immunize a significant part of the American population as of Monday. 54.6 million doses have been administered when the process has undergone a state-by-state analysis. Last week’s average of the total distributed vaccine was reported as 1.64 million in a day. The vaccination campaign primarily focused on the frontline healthcare workers and people from other specific sectors. In the later phases, the vaccination efforts would be shifted to educational workers. 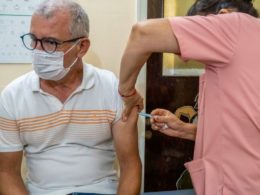 CDC Says Teachers Should Get Vaccines To Reopen Schools

According to the CDC, teachers should be next in line to receive the covid 19 vaccines as this…
byAdmin 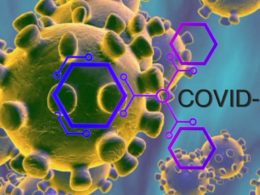 In This COVID 19 Era, Americans Prefer To Die At Home

During this time of COVID 19 Pandemic, Americans prefer helping their fatally ill dear ones die at home…
byAdmin 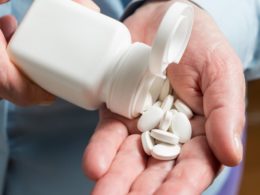 After the onset of the uncomfortable medical event, many people take painkillers to lessen the effects of the…
byAdmin

People Without Covid Symptoms Account For Majority Of Virus Transmission

In a surprising development, the CDC has found that people who do not have any covid symptoms account…
byAdmin