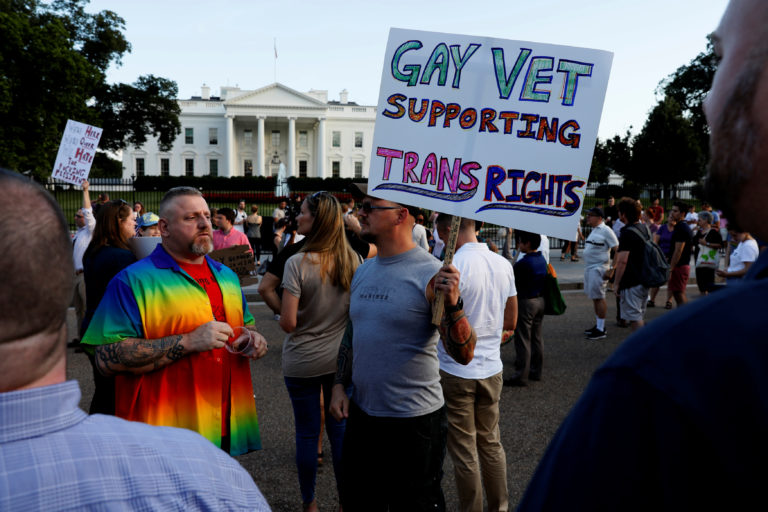 Denis McDonough, the veteran affairs secretary, announced that the gender confirmation surgery will be made available for the transgender veterans through the veteran Affairs healthcare coverage.

McDonough further implies that these are only the initial steps that will help the transgender veterans to undergo the complete surgical procedures with the assistance of the Veteran Affairs (VA).

It is a huge move since the transgender veterans number to almost 134,000 according to the data of the National Center for Transgender Equality.

What it implies for the veterans:

According to the explanations of the medical experts, gender dysphoria is a condition used to define the distress caused by anomalies between the gender and anatomy of an individual.

McDonough states that the decision to revise the VA package and include the surgeries was considered on the basis of the recommendations made by the clinical experts. It will be capable of having a significant impact on the physical and mental wellbeing of the concerned individuals.

Gender confirmation surgery is not a single procedure, it is oftentimes a series of procedures aimed at restructuring the sexual organs of an individual.

They are carried out to make sure the anatomy of the person matches with his her gender, the one they most closely associate with.

Such surgeries were initially seen as a cosmetic or esthetic procedure. However recent researches have made them a recognized treatment for individuals with gender dysphoria.

These experiences are unacceptable, implies McDonough, as it restricts the access and utilization of proper health care services for the veterans, making healthcare facilities an overall negative experience for the community.

The support comes unanimously for all sorts of surgical and non-surgical treatment options aimed at gender correction of the LGBTQ veteran community.

The insurance giants in the US like the Blue Cross Shields in multiple states and Kaiser Permanente have also joined the movement by recognizing gender correction surgeries as important medical procedures, necessary for mental and physical wellbeing and not just cosmetic therapy.

However, despite the announcement and the positive reception of the move, it is just an initial step and there is a long road ahead.

For gender correction surgeries to receive complete coverage under the VA healthcare schemes, the policies require a complete change to be implemented.

According to Jennifer Dane, the executive director of the Modern Military Association of America, the restructuring of the VA healthcare policy is a step towards making real changes, and they are more than pleased at the efforts to expand the scope of the VA to be more inclusive for the benefit of the LGBTQ veterans.

Experts further imply that LGBTQ veterans deserve equal rights to quality healthcare compared to the others outside the LGBTQ community and such moves aimed at eradicating all the biases and discriminations based on gender is a welcome move.

It will ensure absolute mental and physical wellbeing and security for the veterans who have suffered so long due to gender dysphoria.