Expert Advises At-home Workouts For Homebound Seniors During The Pandemic

According to an expert, AP reported that during the COVID-19 pandemic, homebound older adults needed to found safe and effective ways to exercise.

According to Summer Cook, an associate professor of kinesiology and an expert on senior fitness at the University of New Hampshire in Durham, at-home workouts could help improve balance, strengthen muscles, boost the immune system and increase blood flow to the heart.

Expert Advises At-home Workouts For Homebound Seniors During The Pandemic

In a university news release, she said that people in their 20s and 30s often set health goals like running marathons or losing weight. However, as they grew older, there was a point where they would shift priorities to maintaining health. This was not necessarily for athletics or general appearance but for improvement of the ability to do their daily activities.

Being inactive could worsen existing health problems, so older adults needed to found ways to get extra exercise beyond their typical daily activities.

She added that her goal was to keep older adults as independent as possible as they age. She went on to add that while most seniors found themselves unable to get out of the house much these days, it was vital for them to know that there were still plenty of ways to work on their health at home.

She added that the first thing older adults needed to do was talk to their doctor about any exercise plan to ensure that it was safe and effective. She advised that they should focus on low-impact exercises that helped with balance, flexibility and strength.

She suggested that seniors took walks with friends while following COVID-19 safety guidelines (masks and social distancing). She added they should look for Zoom or online exercise classes meant especially for older adults.

Additionally, along with physical benefits, exercising with others outdoors or through online classes could ease social isolation that older adults might experience during the pandemic.

According to Cook, it was important to start slow and build slowly to avoid injury and boredom. In general, she said physical activity was safe and healthy for seniors and could help with conditions like diabetes, heart disease, and arthritis.

Meanwhile, the Los Angeles Times reported that one of the US’s largest vaccination sites temporarily shut down Saturday as scores of protesters blocked the entrance, stalling motorists who have been waiting for hours in the line.

According to the Times, among the protesters were members of the anti-vaccine and far-right groups, and some of them shouted that people should not get the shots. They were seen carrying signs decrying the vaccine.

The Times quoted German Jaquez that he had waited for an hour for his vaccination when the gates of the stadium closed. He added, a number of protesters were telling those in the line that the coronavirus was not real and the vaccination was dangerous.

The Times reported that the vaccination site, which is usually open from 8 a.m. to 8 p.m., reopened shortly before 3 p.m.

After the reopening of the site, Governor Gavin Newsom tweeted that they would not be deterred or threatened. Dodger Stadium was back up and running.

In a post on social media, the demonstration was described as the SCAMDEMIC PROTEST/MARCH. Participants were advised to refrain from wearing MAGA/Trump attire as they intended the statement to resonate with the sheeple. The post further advised no flags but only informational signs. 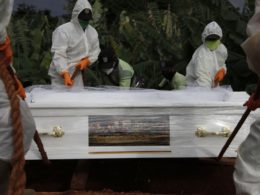 A Black doctor named Dr. Susan Moore, 52 died on Dec. 20 after weeks of conflicts with the…
byAdmin 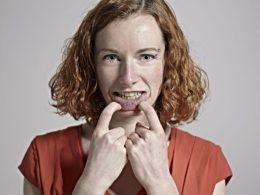 The coronavirus most often gets into the body through one of these entry points- the mouth, nose, or…
byAdmin 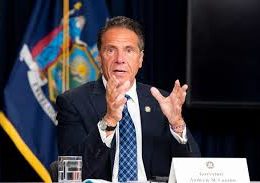 As the controversy rages over whether New York Gov. Andrew Cuomo’s administration had known that deaths among nursing…
byAdmin 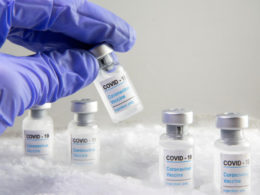 U.S Health experts said that the winter storm resulted in the delay of covid-19 vaccine delivery and distributions…
byAdmin