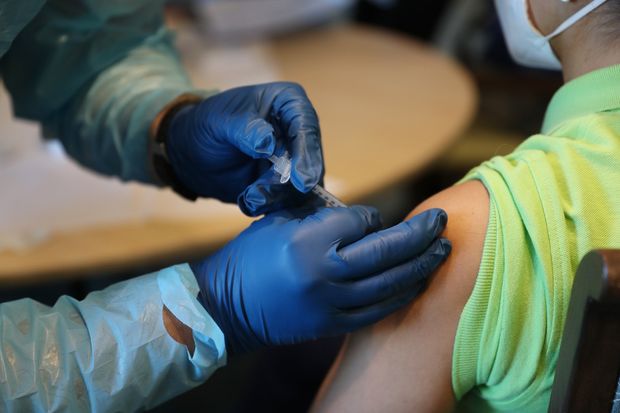 A coronavirus vaccine developed by Maryland biotechnology company Novavax was effective — particularly in preventing severe cases of illness — in two trials conducted in areas of the world overrun by concerning variants of the virus, the company announced Thursday. The vaccine was markedly less effective in stopping mild or moderate cases in South Africa, where a variant capable of dodging immunity emerged late last year.

The results back up an interim analysis released in January and provide a window into the challenges presented by the variants but also underscore the largely robust protection offered by vaccination. The vaccine appeared 96 percent effective against the original strain of the virus, on par with the most effective authorized vaccines, and protected completely against severe illness caused by variants — even as its ability to prevent milder symptoms eroded.

“Our take on this is this is a very good result. It is important to prevent severe disease; it would be ideal to prevent all disease,” said Gregory Glenn, president of research and development at Novavax.

In its final analysis, which has not yet been peer-reviewed or published, the company said that its vaccine was 96 percent effective against mild, moderate, and severe cases of covid-19 caused by the original strain. That dropped, modestly, to 86 percent against the B.1.1.7 variant first detected in the United Kingdom. In South Africa, where a variant called B.1.351 has become dominant, the vaccine was 55 percent effective against any cases of covid-19 among participants who were not infected with HIV.

The new findings also add nuance to an initial analysis of the Novavax data that suggested people with prior infections might not be protected against future illness, a preliminary but concerning the signal. Scientists initially found those people were no less likely to be infected than people not previously exposed.

But after following those study participants for longer, scientists found prior infection may offer a “late protective effect” against reinfection, a company news release stated. The rate of illness among people who had signs in their blood of prior infection was about half as high as for those who had no prior infection.

Glenn said that at this point, there were only theories and no clear explanations of that result.

The company will present the data to regulatory agencies worldwide, including the Food and Drug Administration. A large, 30,000-person test of the vaccine is ongoing in the United States and Mexico.