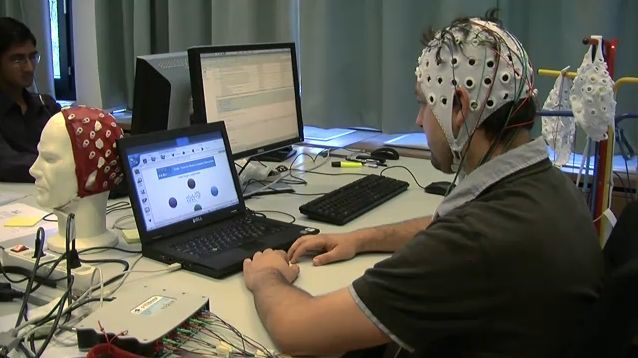 According to the Health day News, a microchip has been planted in the brain of a paralyzed patient, which allowed him to communicate via text, at a great speed or maybe at a speed at which a smartphone user does. This achievement has been marked as a great success in the field of brain-computer interface.

Scientists were working behind this technology for years with a dream that one day they can mark a presence of themselves in the future of AI and be able to give new life to the paralyzed patients giving them a way to communicate. The basic module of the BCI is that a tiny chip is instated in the areas of the brain which helps in movements, where they then tapped into electric impulsive cells. When a person just thinks of doing a movement the chip or the cell gets triggered.

These electrical signals then get transmitted via cables and wires through the computer, where these impulses get decoded by the use of prescribed algorithms and then translated into actions, which then allow the patients to control the device through their brain cells and using the power of the mind.

Researchers at universities have used the technique of BCI to enable the patients to provide artificialism to move the cursor of the computer and be able to type the texts. In the later studies, the researchers made a huge improvement in the technology of the BCI by using it for the functionality of the patient’s full body and control the movements and the gesture of the full body.

In this study, the patients were asked not to move the cursor but to imagine the handwriting mentally. This approach was really successful, and the patients were able to write around 18 words per minute on average which is found to be a great achievement in the field of BCI.

The researcher Dr. Jaimi Henderson, who is a neurologist at Stanford University in California said that the leap BCI has taken in a few years has been remarkable and wished that this technology reaches new heights. But he also told that to date the technology is limited to the experiment and lab approaches.

It also requires a wide set of wires and computers which is not practically possible to set up in homes. He claimed that the later years of the research will be focused on making the BCI more practical for the usage of the common man without many difficulties.

Coming to some aspects he said that the chip is the size of an aspirin that contains electrodes that receive the electric signals and neurons for functioning. Jennifer Collinger, who works as an associate professor at Pittsburgh University said that the new findings in recent researchers is an important advancement but she also claimed that much work and analysis is required to make the device human-friendly.

She said that in the upcoming years the technology can create magic which we never imagined and scientists are working hard to make it practical to be used in our day-to-day life.