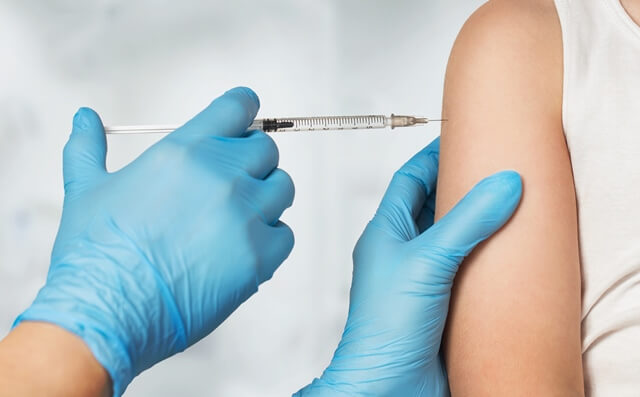 Nowadays social media has become a huge pile of information in which many of them are fake or misleading. A report is shared across social media about the damage of the Placenta in pregnancy due to COVID-19’s vaccine. The placenta is a temporary organ that’s developed during pregnancy. It is responsible for facilitating nutrients, gas.

There are diseases such as Placenta Previa that lead to bleeding throughout pregnancy and also during the delivery; Placenta Previa affects around 1 out of every 200 women who are pregnant. A study was conducted recently by Northwestern Medicine to find out the truth about the post.

The study was done on 84 women who took the COVID-19 vaccine and 116 women who were not vaccinated during their pregnancy, and the researchers found out that the vaccine didn’t harm the placenta in any way. “The placenta is like the black box in an airplane. If something goes wrong with a pregnancy, we usually see changes in the placenta that can help us figure out what happened,” said lead researcher Dr. Jeffery Goldstein, AP of pathology.

“From what we can tell, the COVID vaccine does not damage the placenta,” Goldstein said in a Northwestern news release. Researcher Dr. Emily Miller also stated that “We have reached a stage in vaccine distribution where we are seeing vaccine hesitancy, and this hesitancy is pronounced for pregnant people.

Our team hopes these data, albeit preliminary, can reduce concerns about the risk of the vaccine to the pregnancy.” The majority of the pregnant vaccinated women took either Moderna or Pfizer. According to an old study that was published in the American Journal of Clinical Pathology on May 22, stated that 16 women who were tested positive for COVID-19 had some evidence of minor injury in the placenta.

The injury which was seen in the placentas showed a different kind of blood flow between the baby and the mother in utero. This report suggested that pregnant mothers should be critically monitored during the pandemic. “We are beginning to move to a framework of protecting fetuses through vaccination, rather than from vaccination,” Miller said.

The vaccine doesn’t harm the placenta of pregnant mothers and it also helps the child in getting antibodies that the mother makes after the vaccination. A first-of-its-kind study was conducted to know the effects of COVID-19 vaccination on pregnant women and their babies; it concluded that the mothers who get vaccinated can produce antibodies and maybe transfer them to their babies.

“Until infants can get vaccinated, the only way for them to get COVID antibodies is from their mother,” Goldstein said. The researchers added that “Our team hopes these data, albeit preliminary, can reduce concerns about the risk of vaccine during pregnancy.” “The internet has amplified a concern that the vaccine might trigger an immunological response that causes the mother to reject the fetus,” Goldstein said. “But these findings lead us to believe that doesn’t happen.” The study was published on 11th May in the journal Obstetrics and Gynecology.