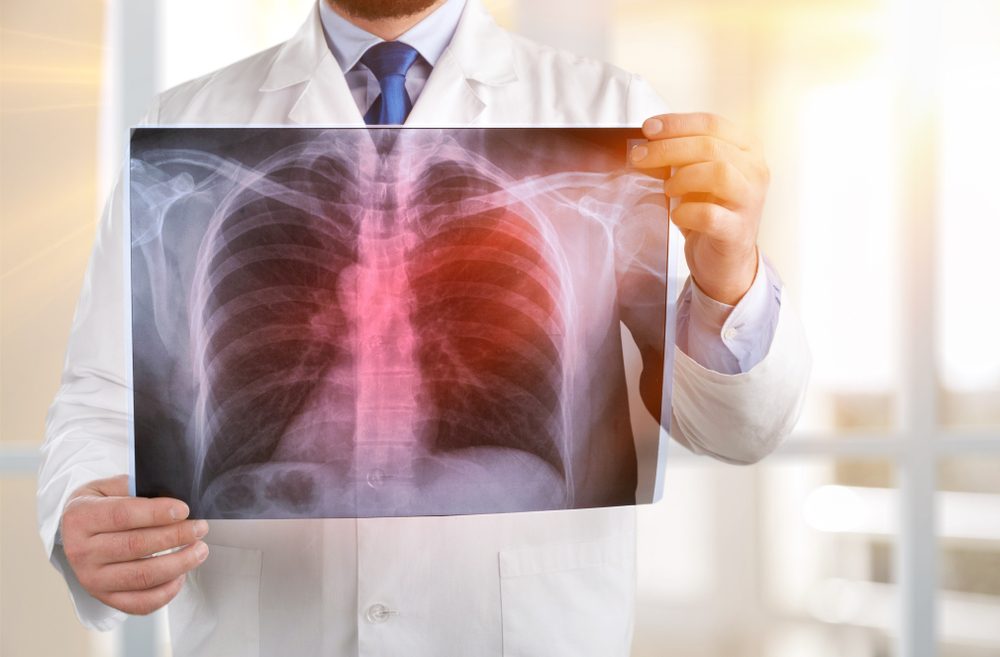 Researchers have discovered the first immunotherapy treatment that dramatically reduces the chance of cancer recurrence or death in persons with early-stage lung cancer.

Atezolizumab, A Drug For Immunotherapy, Can Treat The Early Stages Of Lung Cancer

According to new research, Atezolizumab lowered the chance of cancer relapse or death by 34% in a subset of persons with stage II to IIIA non-small cell lung cancer whose tumors have a protein that can aid malignant cells in evading identification by the immune system.

According to the study, conventional chemotherapy only decreases the chance of future cancer or death by 16%.

According to senior researcher Dr. Wakelee, who is the chief of oncology at Stanford University Medical Center, it is pending FDA clearance for its usage, Atezolizumab (Tecentriq) might become a conventional treatment for patients whose genetics impair the immune system’s capacity to hunt out and destroy cancer cells.

That would be a more substantial effect than chemotherapy, and Wakelee believes it is something she would like to be able to provide to his patients in that context.

According to ASCO Chief Medical Officer and Executive V.P., Dr. Gralow, this research study is the first time they’ve seen immunotherapy that works in treating early-stage non-small cell lung cancer. This is a significant step forward in understanding the effect of immunotherapy in early-stage lung cancer and might be a game-changer for many lung cancer patients.

According to the American Lung Association, lung cancer is the biggest cancer killer in the U.S., responsible for one-quarter of all cancer fatalities. Four out of every five instances of lung cancer are non-small cell lung cancer.

Immune checkpoint inhibitors, such as Atezolizumab, function by eliminating the immune system’s brakes, which are designed to prevent an immune response from becoming so powerful that it attacks healthy cells in the body.

Lung tumors are known to employ a protein called PD-L1 to elude the immune system in this situation. According to the researchers’ research papers, almost half of the individuals diagnosed with early-stage lung cancer have PD-L1 on their tumor cells.

Because the PD-L1 protein is exclusively found in healthy cells, when white blood cells encounter it on a cancer cell, they mistake it for normal and do not attack. Atezolizumab inhibits the signal produced by PD-L1, allowing immune cells to target and destroy cancer cells. The medicine already has shown results in the treatment of advanced lung cancer.

Researchers included 1,280 lung cancer patients who had their tumors removed surgically and had had chemotherapy for the trial. Atezolizumab was given to half of the participants at random, while the other half got supportive treatment.

Patients with stage II-IIIA non-small cell lung cancer that had PD-L1 levels of 1% or higher in their tumors reacted favorably to Atezolizumab, with their risk of recurrence or death lowered by 34% compared with the control group.

Some who received Atezolizumab had a 21% lower risk of recurrence or death compared to all other patients with stage II-IIIA lung cancer.

According to Wakelee, the findings are the first worldwide phase III study to indicate a disease-free mortality result in early-stage non-small cell lung cancer utilizing an immune checkpoint blocker. The medication, on the other hand, is quite painful for patients.

Almost 22% of patients experienced serious to life-threatening adverse reactions, compared to 11.5 % of participants in the control group who received supportive care. Because of adverse side effects, over 20% of patients were forced to discontinue Atezolizumab.

Wakelee believes that if lung cancer patients’ tumors are detected in time, this medicine has the potential that will save their lives. Wakelee emphasizes the need of screening people for lung cancer early on while it is potentially treatable. She went on to say that samples and testing should be performed to identify if persons had immunological markers like PD-L1, which would make them suitable candidates for immunotherapy.