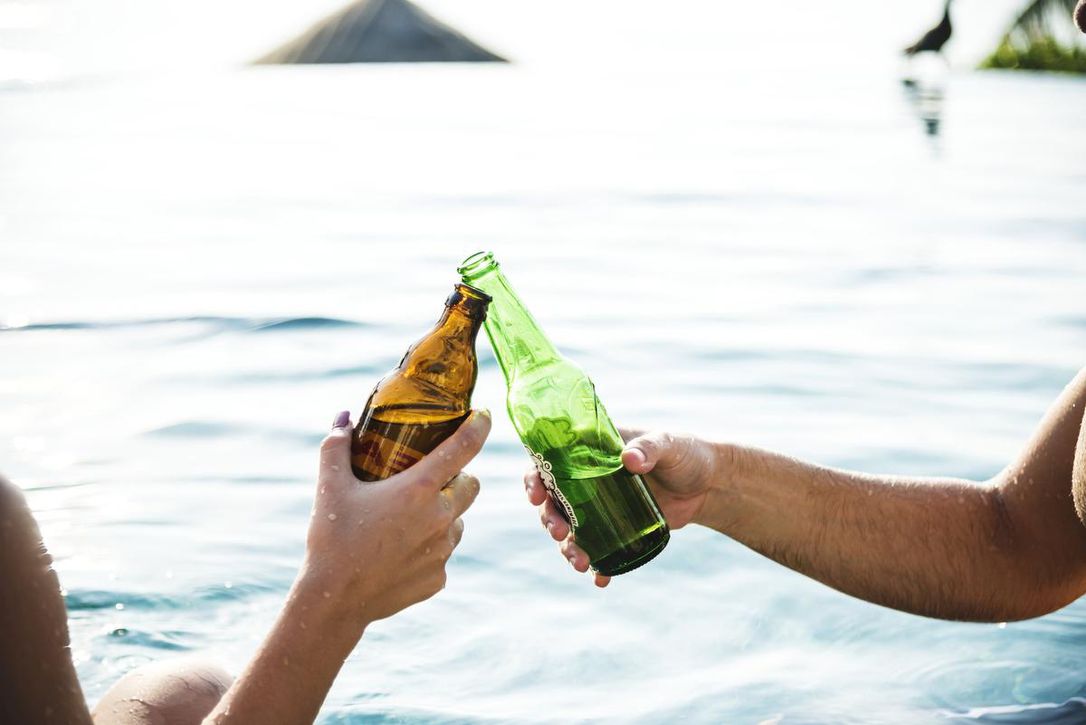 Many people increased their consumption of alcohol to deal with the burden of the coronavirus pandemic and the limitations it imposed on everyday life, and now a recent report shows that all of this drinking is causing a significant increase in alcohol-related diseases.

Has Drinking Habits Gone Higher In Lockdown That Led To More Liver Issues?

According to study author Dr. Waihong Chung, the number of hospitalizations for alcohol-related gastrointestinal (GI) and liver disease has risen sharply since the start of the COVID-19 lockdowns and has persisted throughout the re-opening stage. He works as a research fellow in the division of gastroenterology at Brown University’s Warren Alpert Medical School in Providence, Rhode Island.

Chung added that while the report only looks at patients who were ill enough to come to the hospital, they expect the issue to be much worse in outpatient facilities where patients are not yet sick enough to seek treatment.

The research will be discussed on May 21 at the simulated Digestive Disease Week conference. Conference findings should be considered tentative before they are reported in a peer-reviewed report.

The researchers examined patients who saw a specialist for alcohol-related GI and liver disorders while hospitalized in Rhode Island from March 23 – May 10 in 2020, and June 1 – July 19, 2020, respectively, during the COVID-19 lockdown and re-opening periods. These are similar to consultations held over the same periods in 2019.

The overall percentage of GI consults dropped by 27% during the lockdown due to widespread shelter-in-place directives, but the proportion of those due to alcohol-related GI and liver disorders increased by nearly 60%, including consultations for alcohol-related hepatitis or inflammation of the liver and cirrhosis (liver scarring), according to the report.

While the total number of GI visits rose to pre-pandemic peaks when Rhode Island reopened, the percentage of those for alcohol-related problems grew by 80%, according to the report.

Furthermore, the number of patients admitted to the hospital with alcoholic hepatitis doubled between the re-opening and 2019, and more people needed endoscopic operations during their visit, indicating that they were having GI bleeds, a symptom of more severe illness.

Jaundice (or yellowing of the skin and eyes), stomach pain in the right quadrant where the liver is located, nausea, vomiting, confusion, black stools, and leg swelling, are all signs of acute alcoholic hepatitis.

Dr. Steven Flamm, a liver surgeon at Northwestern Memorial Hospital, Chicago, clarified that these people consume a lot but have never been sick before, and so they become fatally ill and thus are hospitalized.

According to Flamm, who was not involved in the recent report, it is a drastic turn of events. They become so ill that even though they are terrified to leave the house because of COVID-19, they still end up in the hospital, he adds.

Chung added that there are no effective therapies for acute alcohol-related hepatitis, and the only way to stop it from leading to cirrhosis is to avoid drinking.

While the report only focused on hospital admissions in Rhode Island, he believes the results are likely to be representative of many other metropolitan and suburban cities throughout the United States.

They resemble what Dr. David Bernstein, who is the head of Hepatology and director of Northwell Health’s Sandra Atlas Bass Center for Liver Diseases, Manhasset, New York, sees at his hospital.

According to Bernstein, who was not involved in the new report, the number of people admitted to the hospital due to alcohol use has increased since the COVID-19 outbreak, especially among the youth.

In certain ways, it was the ideal disaster. According to Bernstein, many people became unhappy after losing their jobs or felt lonely. People went from going out once or twice a week to enjoy a glass or two of wines to drinking every night after liquor stores were considered a necessary company.