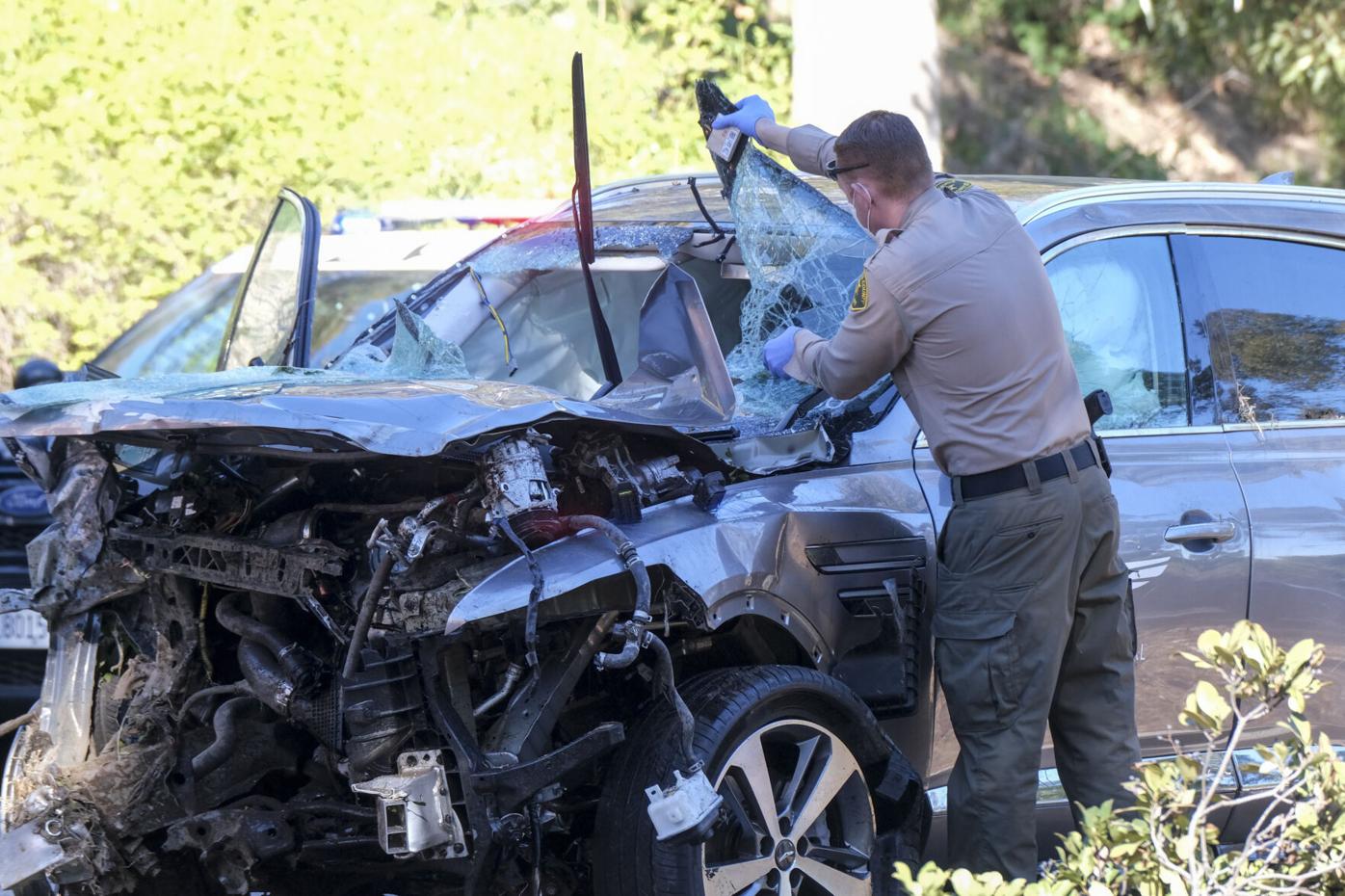 Los Angeles, California- Golfing legend Tiger Woods was involved in a horrific car crash in California and suffered serious injuries. Local law enforcement officials who visited the crash scene in the aftermath of the incidents said that the celebrity sportsman was “fortunate to be alive”.

Tiger Woods Had Serious Leg Injuries And Fortunate To Be Alive After High-Speed Crash, Authorities Say

His car was cruising downhill on a steep road when it crashed into the center curb and rolled over multiple times into the trees. First responders to the accident site reported that the 45-year old was in a life-threatening condition but was able to convey words and communicate with them.

The 15-time World Series champion was lucid but seemed to be dazed and in potential shock. Woods didn’t seem to panic and was in a calm state of mind even with serious bodily injuries, immediately after the crash, a local police official reported.

The firefighters who were trying to extricate Woods from the mangled car said that he was alert and self-aware, and was making unsuccessful attempts to get out of the car. Firefighters deployed a pry bar to remove the golfer from the car seat. They broke the car’s windshield with an axe and pried the car seat open using fire-fighting equipment, along with removing the entangled metal around Wood’s legs.

Woods was immediately placed in a neck collar by the paramedics. Leg splints were attached and a backboard was used to transfer Woods from the crushed car seat through the windshield, into the ambulance.

After giving initial first aid, Woods was later transferred to Harbor UCLA Hospital. Police officials said there was no visible evidence of impairment and did not insist the hospital staff for taking a blood draw to detect the presence of any impairment-inducing substances. Local law enforcement officials told reporters that they did not press for a field sobriety test to be administered, after taking into account the serious physical condition of Tiger Woods.

The local Sherriff’s department initially tweeted that first responders had to deploy Jaws of Life to separate Woods from the crashed vehicle, but this statement was later modified by the on-field firefighters who reported they used a prying tool to break the car’s damaged windshield and transport Woods to safety.

Sources within the hospital who are familiar with Wood’s health condition told that the famous golfer’s physical injuries include two leg fractures, one of them being a compound fracture and a shattered ankle.

Witnesses said that Woods was driving at high speed well above the normal limit. There were no signs of impairment when the paramedics arrived. Firefighters of La County removed Woods from the car wreckage through the vehicle’s windshield.

The car crash which destroyed the front end of his Genesis SUV could have resulted in the instant death of the occupant, but thanks to the deployment of airbags along with the presence of seatbelts, Woods was fortunate to survive the horrible car crash.

Witnesses said that the section of the road where the accident occurred was known to be a frequent accident spot. The road is downhill with steep curves, contributed to multiple accidents on the same spot over the last few years,

Woods was on his way to a local golfing club when the unfortunate incident happened. Woods was not supposed to play a golf game but was imparting golfing lessons to celebrities. Tiger Woods recently had a spinal fusion surgery which hampered his ability to play professional championships. He went on to mount an exceptional comeback, winning a highly competitive Master’s tournament in 2019. Friends and close acquaintances reflected that Woods was in good spirits when they spoke to him the previous day. The PGA TOUR association has released a statement that they are closely monitoring Wood’s situation and are praying for his complete recovery.