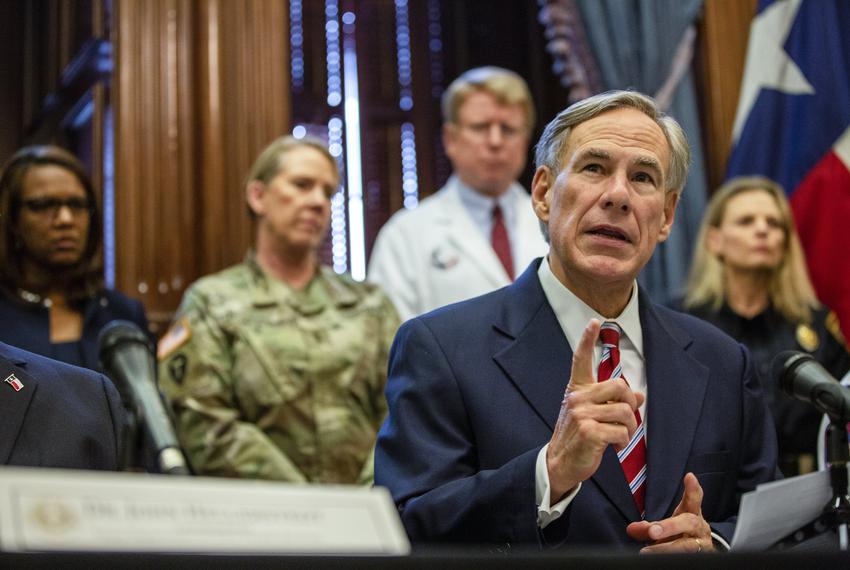 The state of Texas is now the largest state in America to remove the mask mandate. Set to be effective from March 10th, the announcement makes Texas the largest state to allow for relaxation of Covid 19 restrictions.

Texas has seen losses of up to 43,000 people who were killed due to the Coronavirus. The announcement comes as a shock to doctors and leaders of big cities. They have expressed their concern over a resurgence in the number of Covid 19 cases as a result of this announcement.

Despite warnings from health officials to not let their guard down, governor Greg Abbot has relaxed the mask mandate. The Republican governor has faced criticism over the statewide mask mandate. He has also faced censure due to business occupancy limits in the state which will reportedly be scuttled by next week.

Federal health officials have emphasized the fact that the pandemic is not even close to being at an end. However, even during the worst stages of the outbreak of the Coronavirus, the mask mandate was not strictly enforced.

According to the Governor, Mr. Abbot, an end to statewide mandates does not mean that individuals should stop being personally responsible. His statement seems ironic as he says this from a crowded dining room surrounded by people who are not wearing masks.

Mr. Abbot is one of an ever-increasing number of governors who have seen fit to ease Covid 19 restrictions throughout the country. A decrease in the number of Covid 19 related cases and deaths seems to be the reason behind this trend.

Ever since October, the cases have been at the lowest level. Positive tests in the seven-day rolling average have decreased to 7,600 cases. A huge drop from the 10,000 cases in mid-February. The only other places that have reported more Covid 19 deaths than Texas are California and New York.  Other states to end the mask mandate are Michigan, Louisiana, and Mississippi.

The director of the US Centre for Disease Control (CDC) has warned against a fourth wave due to resurgence in cases. Data shows that while there is a decrease in cases, the country still has one of the highest levels of cases compared to other countries.

Despite these concerns, Governor Abbot issued a new executive order to remove mask requirements. He also stressed that residents cannot be penalized if found without a mask. The order also deals with a change in the business sector. All restrictions on businesses will be removed provided no Covid 19 cases are originating from there.

In his speech to the Chamber of Commerce, Mr. Abbot explains that too many Texans have suffered a lack of employment opportunities. The reason that with a decrease in case levels and the vaccinations going on countrywide the state is now in a position to ease these restrictions.

While some of Governor Abbot’s colleagues have expressed their disapproval over his decision. Others have followed in his footsteps. Mississippi Governor Tate Reeves has issued a similar announcement and states that he aims to do so within a shorter time frame. California Governor Gavin Newsom expressed a different opinion on the matter. He reportedly tweeted that Governor Abbot’s decision is absolutely reckless.

The order is set to take effect in time for spring break. Officials are concerned that a repeat of the previous years’ incidents will take place and the spread of the virus could increase.

Though vaccinations seem to be more available to the public, there are still many who haven’t availed of this facility. In Texas, 7.1 percent of the residents (30 million) have been completely vaccinated.