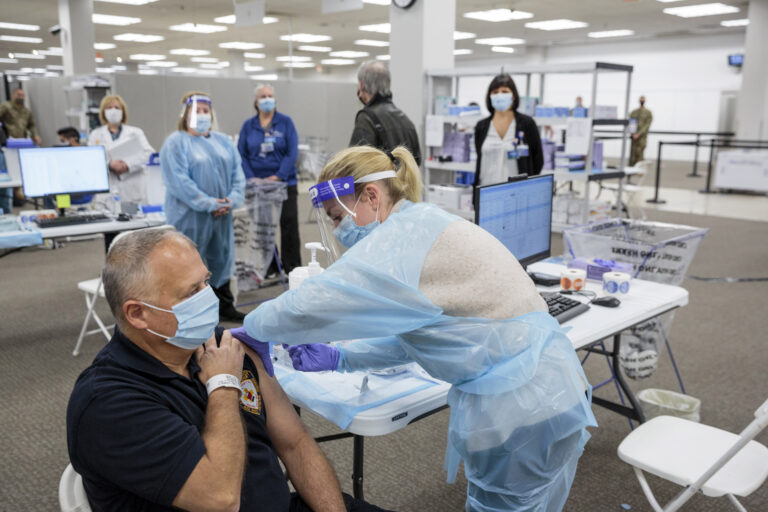 Covid-19 cases are seeing a surge in several of the centers dedicated to immigration detention across the U.S. The spike has been deduced to be the aftereffect of transferring of the immigrants who have just arrived. The officials of the Immigration and Customs Enforcement of the U.S. quipped about the bulk ingress. This is especially for the Border Patrol facilities that have been at the center of housing asylum seekers and migrants. The sharp spike in new cases of Covid-19 amongst the detainees has been attributed to the failure in administering the vaccines by the Immigration and Customs Enforcement agency. One that has raised the eyebrows on the Biden administration in systematizing the vaccination drive.

The guidelines enforced by the Centers for Disease Control and Prevention have been neglected by the ICE. One that focuses on the needless transfers allotted for the detainees to the designated ICE detention centers. The added reason for worrying is the tightly-knit quarters where the detainees are forced to live. This is where the virus is believed to thrive and rapidly spread. The trend of the current outbreaks within the ICE detention facilities has been a cause of concern. Since there is an impending danger to the health status of the detainees along with the staff.The virus could also reach the surrounding societies and wreak havoc when the majority of the states are eyeing a relaxation in the Covid-19 safety protocols.

ICE websites and interview-related data have been compiled that involve several attorneys and advocates who are immigrants. The reports corroborate the current spike in Covid-19 across multiple immigration detention facilities. This includes both companies holding contracts with ICE and privately owned and operated ones. CoreCivic in Nashville owns and operates three of the facilities. These include two facilities located in Arizona’s Eloy, the Eloy Detention Center and La Palma Correctional Center. While the third includes one in Natchez in Mississippi, named Adams County Correctional Center.

Louisiana’s Richwood Correctional Center has also recorded a surge in covid-19 cases as per data collated by ICE. LaSalle Corrections owns and operates the Louisiana immigration detention center. The inadequacies in the measures to prevent Covid-19 at these facilities have led to correctional officers and detainees raising alarms. The facilities that registered earlier outbreaks of Covid-19 are the ones wherein the new spike in cases is confirmed. However, the allegations have been refuted by both private contractors and ICE officials.

Adams County Correctional Center has a lawsuit in its name one that was filed by vulnerable detainees back in April of 2020. The seven of them cited the inadequate precautions against Covid-19 at the Adams facility. An allegation that stemmed from multiple factors. From housing of 120 plus people in a single dorm to zero usage of gloves and masks by the staff members. Basic facilities like access to usage of soap were also denied as retorted by some of the detainees. The scene was no different at the Eloy Detention Center where one of the first deaths was reported in June of 2020. One that was of a correctional officer who had contracted Covid-19. The major reason being the insufficient safety precautions followed by the facility.

The matter on further appraisal saw CoreCivic, who owns and operates the facility, being cleared of any negligence on their part. This was related to the health and safety protocols followed at the facility. The occupational safety and health division of Arizona concluded the same. A data compilation showcased how a peaceful protest at the La Palma Correctional Center was silenced by the guards using pepper spray and balls back in April 2020. The protest was in retaliation to the growing concern for Covid-19 precautions. The La Palma facility has since 1217 confirmed cases of Covid-19 amongst the detainees.