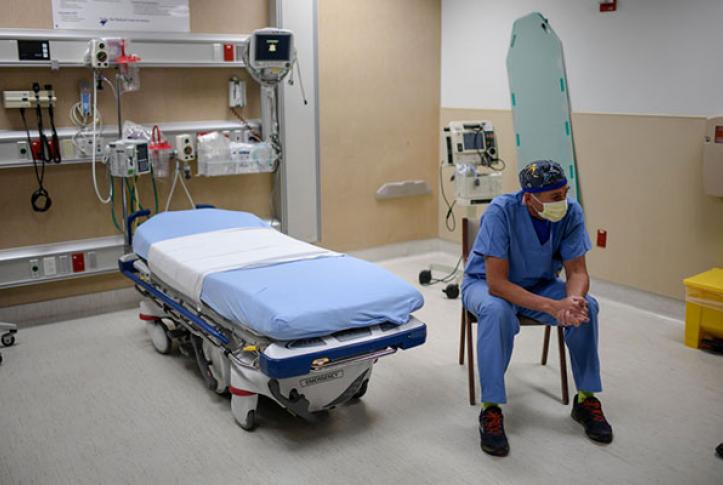 The director of the U.S Centers for Disease Control and Management, Dr. Rochelle Walensky said that even though the daily averages of cases of contractions and deaths related to the coronavirus are leaning downward, they still are too high.

Figures Are Down, Yet A Lot More To Achieve

Pon her press briefing, Walensky said that the daily average of cases in the U.S has come down to nearly around 15% from the previous week where the current figure is at 56,000 infections per day. When this week was begun, the daily numbers of deaths also dropped to less than 1,000, and this is happening for the first time since last November.

She warned the citizens of the country that even though the trends are starting to head in the right direction, the total numbers in cases, hospitalizations, and deaths remain at too high rates.

She also added that these are the somber reminders of the importance of being vigilant still as the efforts to scale up the vaccination rates are being administered in the U.S.

In an announcement, the White House senior advisor of COVID-19 response, Andy Slavitt said that president Biden is directing his administration to secure 100 million more doses of the coronavirus vaccine from Johnson & Johnson. The expected timeline of the availability of these doses is not referred to. However, according to Biden’s pledge, by May, he aims to have well equipped with enough doses of the vaccine manufactured for every adult.

The reports by CDC showed that there had been 123 million doses of the vaccine delivered across the country, and among those, 95.7 million doses have been given to the public so far.

More of the country’s population have received at least one dose of the vaccine and this rate is more than those who have tested positive for the coronavirus, since its outbreak. The daily average of the administration of vaccine doses is 2.17 million.

According to Dr.Anthony Fauci, to go back to normal life, the U.S has to reach herd-immunity. And this will occur after vaccinating 70%- 85% of Americans.

Experts also shared their anxiety that the current global rate of vaccination is 8.35 million per day, which is currently insufficient to reach global immunity. Some of the experts said that with such a rate, it will take years to immunize the global population. However, there is a slight hope as the rate is steadily increasing day by day. Apart from this, new vaccines are also arriving from different parts of the world by various manufacturers.

The daily average of administering vaccine doses in the U.S is also pacing up. The country’s current rate is around 2.17 million daily, with which Fauci said that it will take around 6 months to cover at least 75% of the U.S population with a two-dose vaccine.