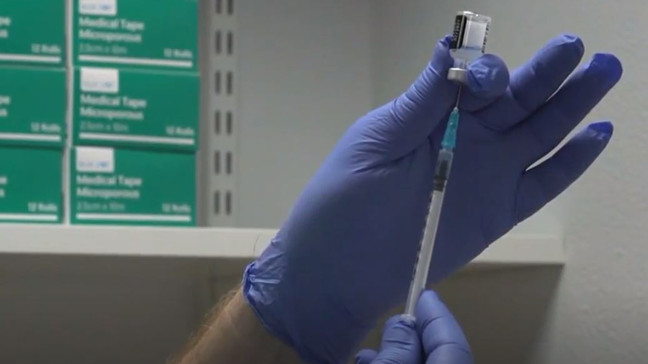 Almost all COVID-19 deaths in the United States now occur in persons who were not vaccinated, demonstrating how successful the injections have been and indicating that deaths per day — now around 300 — might be nearly zero if everyone eligible received the vaccination.

Almost All COVID Deaths Now In The U.S. Are Among Unvaccinated People

According to an Associated Press examination of government data from May, breakthrough infections in fully vaccinated persons accounted for less than 1,200 of the more than 853,000 COVID-19 hospitalizations. That equates to roughly 0.1 percent.

In addition, only around 150 of the more nearly 18,000 COVID-19 deaths in May occurred in persons who were completely vaccinated. This equates to around 0.8 percent or five fatalities each day on average.

The Associated Press examined data from the Centers for Disease Control and Prevention. The CDC has not calculated what percentage of hospitalizations and fatalities are due to fully vaccinated persons, citing data constraints.

Roughly around 45 states record breakthrough infections and some are more aggressive in hunting for such instances than others. As a result, CDC experts believe the data likely understates the number of such illnesses.

Nonetheless, the general pattern revealed by the statistics mirrors what many healthcare officials are observing around the country and what top experts are saying.

Earlier last month, Andy Slavitt, a former Biden administration COVID-19 consultant, claimed that 98 percent to 99 percent of Americans who die from the coronavirus are unvaccinated.

And, according to CDC Director Dr. Rochelle Walensky, the vaccination is so effective that virtually every fatality caused by COVID-19, particularly among adults, is now totally avoidable. Such deaths, she said, were especially sad.

Deaths in the United States have dropped from a high of more than 3,400 per day on average in mid-January, one month into the vaccine campaign.

According to the CDC, around 63 percent of all vaccine-eligible Americans — those aged 12 and above — have gotten at least one dose, and 53 percent are completely vaccinated. While vaccination remains limited in much of the globe, the supply in the United States is so abundant, and demand has dropped so significantly, that doses go unused.

Ross Bagne, a 68-year-old Cheyenne, Wyoming, small-business owner, was eligible for the vaccination in early February but did not receive it. He died on June 4, sick and unvaccinated, after being in the hospital for more than three weeks, his lungs filled with fluid. Due to a stroke, he was unable to swallow.

Experts expect that avoidable fatalities will continue, with unvaccinated areas of the country suffering epidemics in the fall and winter. According to Ali Mokdad, a professor of health metrics sciences at the University of Washington in Seattle, modeling indicates that the country will again reach 1,000 fatalities per day next year.

COVID Cases, hospitalizations, and deaths are souring up in Arkansas, which has one of the lowest vaccination rates in the US, with only approximately 33% of the population fully protected.

It’s heartbreaking to see someone go to the hospital or die when it might be avoided, Gov. Asa Hutchinson said in a tweet urging people to get their vaccinations.

The public health agency in Seattle’s King County discovered just three deaths among persons who were completely vaccinated during a recent 60-day period. The remainder, or 95 percent of the 62 deaths, had had no vaccination or only one injection.

All of those include people’s parents, grandparents, siblings, and friends, according to Dr. Mark Del Beccaro, who works with a vaccine outreach program in King County. There are still a lot of fatalities, and many of them are avoidable.

The majority of them express remorse for not getting vaccinated, according to Garza. That is a very typical theme they hear from COVID patients.