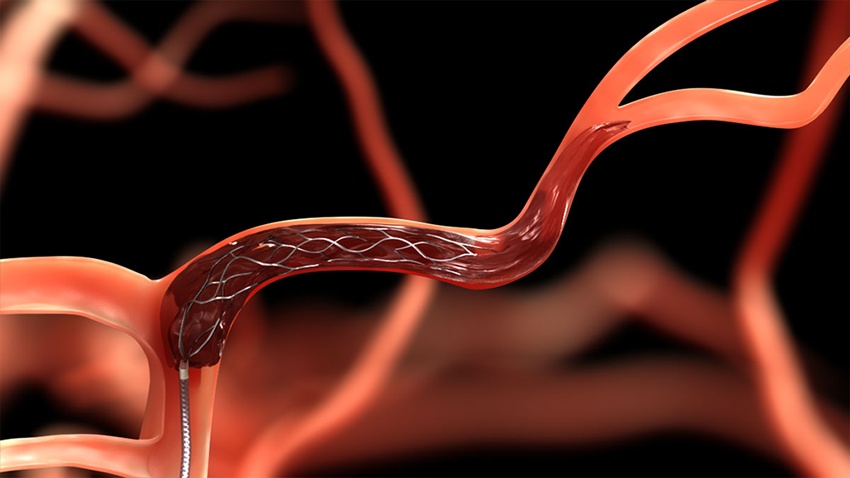 When a person has a stroke, physicians can frequently remove the clot that is blocking blood flow to the brain. A new study offers light on why successful operations may not always result in a positive outcome.

Clot Retrieval Can Have Adverse Impacts On Stroke Patients

Researchers discovered that when clot retrieval requires more than one effort, stroke patients are more likely to still be disabled three months later.

There were indications as to why repeated attempts to snare the blood clot may force it to split apart and lodge in new locations, causing further brain tissue damage.

These results emphasize the need for research to evaluate the best strategy to use when the first chance at retrieving a blood clot fails, because each additional attempt decreased the chances of a favorable outcome, according to lead researcher Dr. Wagih Ben Hassen in a statement published in the journal Neurology. The data is available online in the journal’s June 23 edition.

Strokes happen when blood supply to a region of the brain is suddenly cut off, most frequently due to a blockage in a blood artery.

The gold standard treatment for such strokes, according to the American Stroke Association, is an IV drug called tPA, which destroys the clot.

However, if the clot is obstructing a big blood artery, physicians may conduct surgery to remove it. It entails inserting a catheter into the clogged artery. The catheter is equipped with a stent retriever, which is utilized to grasp the clot.

The first grasp, on the other hand, does not always work. Furthermore, studies have shown that when numerous efforts are made to remove the clot, patients fare poorly – even when the clot is eventually removed.

According to Ben Hassen of the French National Institute for Health and Medical Research in Paris, the new findings shed light on why.

His team examined 419 stroke patients who had blood clots effectively removed. Many patients (224) required only one pass, while others required two, three, or (in the case of 39 patients) four or more attempts.

The researchers found that the more efforts patients made, the worse they fared three months later.

The scientists discovered that when several efforts were undertaken, patients were more likely to exhibit evidence that their clots had broken up and migrated into parts of the brain that had not previously been impacted.

They also exhibited greater development in brain tissue damage 24 hours after the stroke on average.

Dr. Martinson Arnan, a vascular neurologist who was not involved in the study, believes that repeated retrieval efforts may kick off a cascade of events that leads to bad outcomes.

However, the data do not show this, according to Arnan, an American Academy of Neurology fellow at the Bronson Neuroscience Center in Kalamazoo, Mich.

One hypothesis, he says, is that time – rather than the repeat passes themselves – is a crucial factor: the longer brain tissue is deprived of blood and oxygen, the more damage it will sustain. According to Arnan, the researchers attempted to account for the effect of process duration, but studies cannot do so precisely.

The necessity of prompt intervention for patients, according to Arnan, cannot be emphasized. Stroke therapies, such as tPA or clot extraction, must be administered as quickly as feasible.

Arnan defined time as a brain. They have widely available stroke treatment technology, and the way they profit from them is to get to the hospital as soon as possible.

He emphasized that if individuals experience or observe possible stroke symptoms, they should contact 911 immediately.

Abrupt weakness or numbness of the face, arm, or leg, especially on one side of the body; sudden disorientation or trouble speaking, walking, or seeing; and severe headache with no known reason are among the warning symptoms.