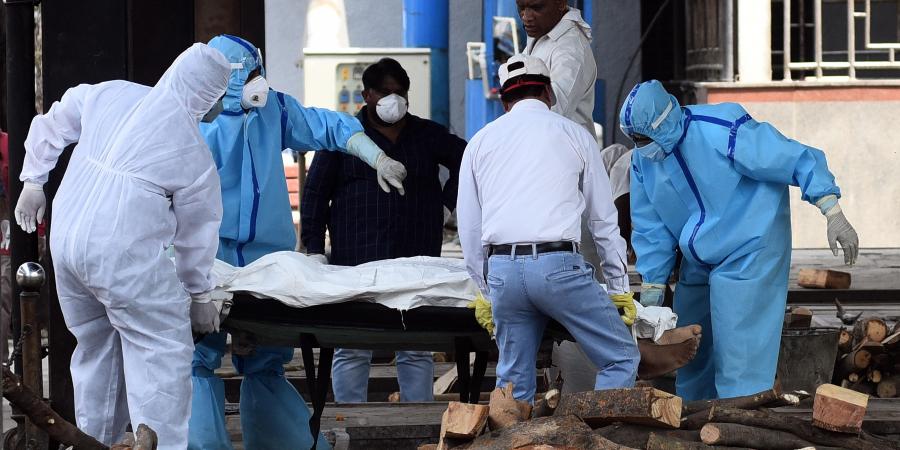 December has been the worst month so far since the beginning of the pandemic with regards to covid-19 deaths. According to the latest numbers from the Public Health Service, more than 63000 Americans lost their lives to covid-19 in December. The number of deaths recorded in November was around 37000. This is a huge increase, and experts attribute this rise in the number of deaths and hospitalizations to the thanksgiving event.

December Is Deadliest Month Since Beginning Of Pandemic

Many people traveled without considering the warnings issued by the CDC during the Thanksgiving event. This led to a huge rise in the number of cases across the country. Several hospitals ran out of ICU beds, and they were not able to provide efficient treatment to covid-19 patients. The situation is still out of hand, and experts warn that the future is not looking hopeful as people continue to travel even during the Christmas holidays.

The authorization given to two covid vaccines by the FDA raised some hopes in the early parts of December. However, the distribution program is going at a slower than expected pace due to various constraints involving logistics and administration procedures. During the first phase of mass vaccinations, priority is given to Frontline health workers as they deal with a lot of covid patients on a daily basis.

The CDC has issued guidelines for the vaccine distribution program, and other essential workers will be included in the consecutive phases of the program. The next phase of the vaccine distribution program is likely to begin in February after more doses are available to the federal authorities. In the second phase, essential workers, including Police officers, teachers, and other people who have to deal with a lot of the public, will be given priority to receive the vaccines.

Fauci said that there might be a postseason surge in covid-19 in the next few weeks. He said that holiday travel and private gatherings during the festival season are the main contributor factors for the rapid increase in new infections. This is a huge threat to the public health system in the future.

According to reports coming from the TSA, more than 1 million people have been screened every day since the last few days in the Christmas holiday season. This is one of the busiest weeks for the airline industry in 2020. More than half a million people have traveled on Christmas Day alone, and this goes on to show the careless attitude of Americans during the pandemic season.

Health experts say that a surge in the number of hospitalizations indicates that there will be more deaths in the near future. Experts say that the country is in a very critical point where close to 200,000 new cases are recorded every day, and about 2000 deaths are reported per day. Fauci said that things could get worse in the next few weeks after the end of the holiday season.

According to estimates, more than 200,000 people could lose their lives in the next two months due to the covid-19 pandemic. This is a scary situation, and people should be careful about traveling for holidays as it puts their entire community at risk of infection.

The CDC has recently indicated that people who travel should get themselves tested so that the transmission can be reduced by some margin. Travelers should get tested before and after traveling so that they can be sure that they are not infected during the travel.