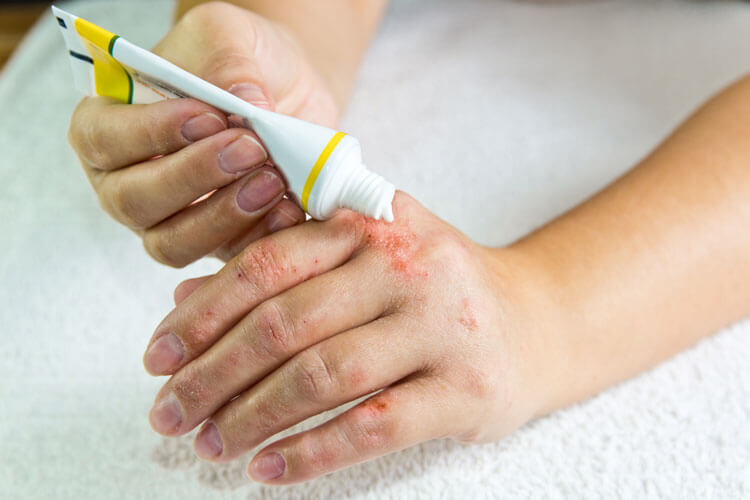 The latest treatments available for psoriasis are more effective than before for a number of reasons. Millions of people across the world suffer from such chronic skin conditions. Apart from being physically uncomfortable, it also has social and emotional effects on patients. However, doctors say that there is no need to lose hope as a number of treatment options are there to control the situation. Even though it cannot be completely cured, the medications can calm the symptoms of Psoriasis by a huge margin.

When the immune response becomes overactive, it often causes the skin to produce new cells at a faster rate, and leads to Psoriasis. Patients who suffer from this condition often experience itchy scales and red patches.

Along with that, medications that contain vitamin D also reduce the growth rate of skin cells, and they work effectively when combined with steroids. Some doctors even prescribe coal tar creams and shampoos as they soothe the affected skin and reduce the inflammation to some extent. Retinoids that are rich in vitamin A can also be used to calm the irritation of skin cells and slow down its growth.

Doctors also suggest phototherapy in some cases depending on the severity of the disease. Ultraviolet B treatment is used to slow down cell regeneration and reduce the symptoms of psoriasis. It can be used to treat localized areas or the entire body depending on the intensity of the symptoms. In the same manner, Ultraviolet A light is also used which is more aggressive than UVB treatment.

In cases when the symptoms are severe, doctors may prescribe oral medications in order to reduce the symptoms. Oral retinoids that are available in pill form is often used to treat patients and this slows down the growth of skin cells. On the other hand, cyclosporine is also a popular oral medication that suppresses the immune system. Due to this effect, the skin cells do not cause plaques. Even though this is a good method, it cannot be used for a longer duration as it suppresses the immune system and it can increase the chances of infection in the long run. Apart from that, it can also affect the kidney in many ways.

While medications can provide some relief, doctors also suggest patients to make some lifestyle changes in order to get relief from symptoms of psoriasis. Obesity is associated with severe conditions of psoriasis and patients should work towards reducing their weight. Apart from that, dietary changes can also improve the situation by some margin. Patients are suggested to choose a dairy free and gluten free diet in order to avoid allergic reactions. Apart from that, vitamin D and omega 3 fatty acids can be taken in the form of supplements to ease the symptoms.

It is proven that stress is a common trigger for symptoms of psoriasis in many people. For this reason, it is essential to minimize stress and practice yoga or meditation to calm the mind. In this manner, you can find some relief from psoriasis in the long run. Patients need to work with the doctor for a long time to see positive results. Even though it takes time to see the results, it is possible to get good relief by using a combination of these treatment methods.