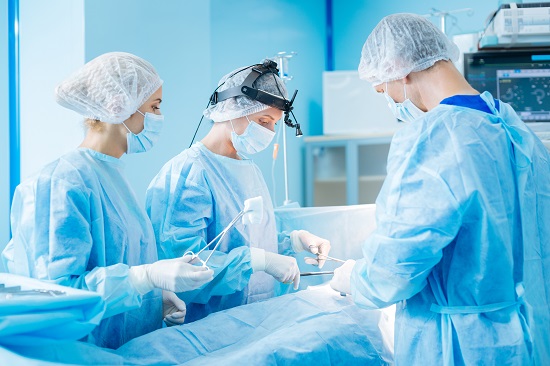 The Medical Board of California has launched an investigation about a surgeon appearing for his virtual court hearing from the operating room. The reports state that the surgeon did so even as a patient was on the surgical table with his team about to start the procedure.

Carlos Villatoro, a spokesman for the California Medical Board, said that the board was aware of the hearing and will be looking into it as it does with all such complaints. “The board expects physicians to follow the standard of care when treating their patients,” he added. The spokesman declined to offer any further details stating that it might violate the legal confidentiality of complaints and investigations.

Moving the court proceedings online has prompted a flurry of missteps, reports suggest. There have been complaints of shirtless lawyers as well as semi, or fully nude defendants from the judges.

This particular case involved one Dr. Scott Green, who has offices in Sacramento and Granite Bay, California. On Thursday, the surgeon reported for a virtual trial in Sacramento Superior Court wearing a surgical mask and cap with the video showing surgical light fixtures in the background. The Courtroom clerk asked the doctor if he was available for trial and that he looked like he was in the middle of a procedure. The doctor confirmed that he was in the operating room but was available for the trial.

After informing the doctor that the trial was being videotaped and broadcast on youtube, he was sworn in. However, his camera then swiveled slightly to show a person on the operating table. After this, Mr. Gary Link, a Sacramento Superior Court commissioner asked the doctor if he was in the middle of a procedure. “I do not feel comfortable for the welfare of a patient if you’re in the process of operating that I would put on a trial notwithstanding the fact the officer is here today” the commissioner was quoted saying.

Although Dr. Green affirmed that there was another surgeon capable of performing the surgery in the operating room, the commissioner declined. He said, “ I don’t think so. I don’t think that’s appropriate”. He added that he would reschedule the trial for a time when Dr. Green wasn’t operating on a patient. “We want to keep people healthy, we want to keep them alive. That’s important,” said the commissioner.

Opinions are divided with many blaming the doctor for the incident. Experts suggest that he could have requested for the appointment to be rescheduled as such requests are often granted. Those who support the doctor and his actions say that he was not committing any offense by appearing before the court. Both his court and medical appointments were serious matters and the doctor would have sufficient reasons, said someone close to Dr. Green. He has declined to answer any questions on the matter while the Medical Board said that it was awaiting for the investigation to conclude.