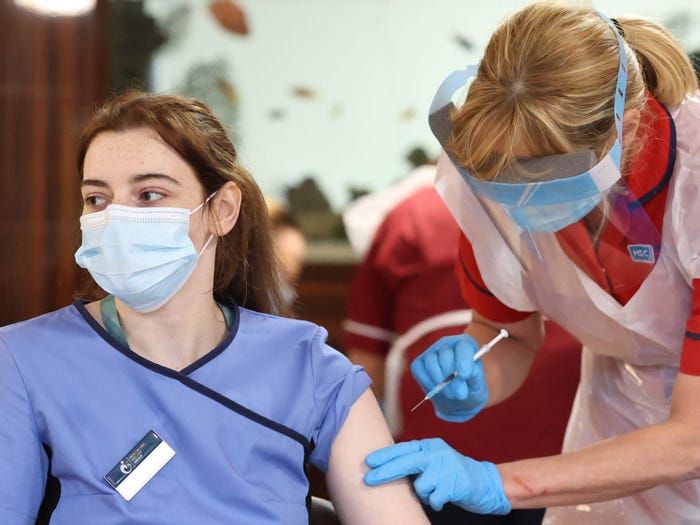 The B.1.1.7 variant of Covid, which has been widespread in the UK, is making a fast impact on the citizens of the US. This variant was first observed in Colorado. It currently accounts for around 30% of the new cases in the US.

While the transmission of the disease has increased rapidly, the severity has also reached an alarming rate. There are two possible ways for the US to combat the situation. First, to implement stricter restrictions on public activities. Second, to get as many people vaccinated as possible. And that too at a fast rate.

In terms of vaccination, the US has been making good progress. Each day there are millions of people visiting the centers for vaccination. This has resulted in a record of over 4 million doses of vaccination administered on a single day. The number has been confirmed by the director of Covid data at the White House.

Though the data is impressive, it is not sufficient to fight against the deadly virus. There are 70% of the US population that is left to be vaccinated. Moreover, only a little more than 15% of the citizens are fully vaccinated. People between the ages of 30 and 50 are still not vaccinated. Given the graveness of the disease, the country needs to improve its performance in the process of vaccinating people.

So, the next best way to tackle the spread of the disease is increasing public awareness. Until the people are getting vaccinated, the country has to work on its measures of social distancing. And according to experts, this is possible when all the government officials as well as local people come together and abide by the restrictions diligently.

Currently, the world is experiencing the fastest transmission of the disease.

The new surge has accelerated the transmission rate by 50% in the UK. Not only is the new variant more contagious, but the death rate has also been very high. And this is a worldwide situation.

The impact of the new surge in the US is only in the initial phases. The country is yet to witness the higher points of the wave. The rate of hospitalization has been drastic in the last few weeks. Experts are calling Michigan’s new 8,400 cases of the virus as a wake-up call. A fourth surge is about to begin in the Upper Midwest.

But what seems to be on the positive side is the immunity of the citizens. As a large number of Americans are already infected, the immunity rate is expected to be high. When combined with the cases of vaccination, the immunity of the people may even help prevent the fourth wave, says Dr. Scott Gotlieb, former commissioner of the Food and Drug Administration.

However, immunity cannot replace the importance of safety measures. Many states have withdrawn their safety rules. Wearing a mask is also not mandatory in most places. But experts are insisting on following the rules while also focusing on vaccination.

Meanwhile, places like Michigan, Ohio, and Oregon are on the verge of another surge. Amidst such a situation, vaccination is the best way out. The CDC has released new guidelines for people to follow post-vaccination. Once people receive their vaccination, they can travel with fewer restrictions. Other guidelines will soon be released for the ease of the citizens.

The anticipations concerning the safety of the vaccine are well-known. So, government officials are making efforts to educate the people on the benefits of vaccines. They are also attempting to clear the doubts of the people by highlighting the successful cases of the Covid vaccine.