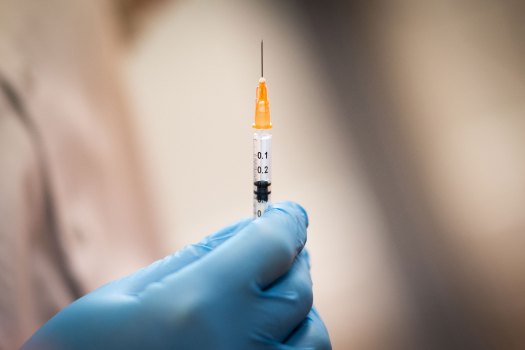 Misinformation about Covid-19 vaccines is as old as the time when vaccines were announced. Recently a new rumour has evolved, which mentions that fertility is impacted once you are vaccinated.

This misinformation has spread like wildfire in social media, where people have shared various links which give unreliable facts.

No Scientific Information To Prove That Covid-19 Vaccines Affect Fertility

Health officials have recently come forward to squash these misconceptions. They say there is no reliable data to link infertility to vaccines. Moreover, even pregnant ladies are encouraged to access vaccines after consulting with their doctors.

Dr José Mayorga, the executive director of the University of California Irvine’s Health Family Health Center and an assistant clinical professor of family medicine at the UCI School of Medicine, said that during the clinical trials, many subjects had become pregnant, which points out the fact that they could not affect fertility.

This rumour gained traction when a German physician, Dr Wolfgang Wodarg, was concerned about a protein in the mRNA that mimicked the protein present in the placenta, which develop during pregnancy. It was feared that the vaccine could trigger the immune response to attack the placenta. But thus far, no evidence has emerged.

The medical community, in general, gives little attention to his claims as Wodarg has known to cry wolf. According to the Poynter Institute.  he said that the novel coronavirus was harmless in 2020. But the public was still concerned about his claims. This is due to the ever-changing scientific information that gets released every day and the distrust of this information during these difficult times. But the pandemic is a new phenomenon and hence reports vary, but vaccines have always been in the world and hence scepticism around vaccines are unfounded.

These false claims have led to vaccine hesitancy in a climate where people are already hesitant to take vaccines due to a lack of information on long-term effects.

But concerns about vaccines and fertility is not new. Polio vaccines in Nigeria, HPV vaccines all had been shunned initially for concerns related to fertility. It is believed that the new mRNA technology could alter the genome or DNA of the host, which are false and considered a myth. mRNA cannot alter DNA but only teach the immunity system to produce a protein that acts as antibodies and then immediately proceeds to degrade as they are highly unstable and hence no chance to enter the DNA.

Due to the recent concerns on fertility, many parents felt reluctant to vaccinate their kids. Health care professions have taken up the job to educate the parents to mitigate their fears and help vaccinate the teens. Many videos and seminars have been planned to educate the parents and teens to open communication and help people to clear any doubts they have on the vaccines.

Health care professionals feel that it is important physicians understand individual concerns and tackle each patient differently in order to remove any misinformation that may stem due to unawareness. It is important to factually check any information people come across on social media and talk to their physicians and doctors about any concerns before they are vaccinated.

The introduction of vaccines has also led to scammers due to this scepticism. The uncertainty has led to a vulnerability which further catapults the misinformation by ignorant.

But the health community in general vouch for vaccines safety and the lack thereof of connection between vaccines and fertility.