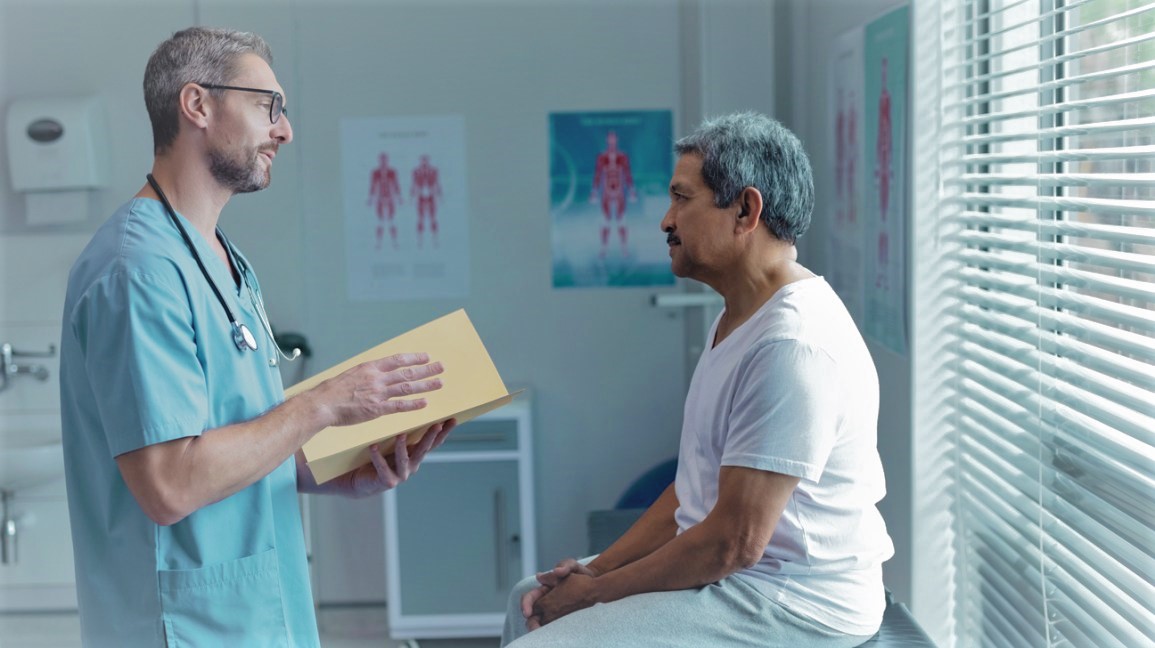 A certified nurse anesthetist, Vanessa Sebastian, was awakened one morning in July with intense stomach pain.

She perceived it as constipation or an upset stomach, for which her husband was sent to the pharmacy to get medications.

Colorectal Cancer Screening Age To Be Lowered To 50 Years, As Per The Latest Guidelines Of USPSTF

However, by breakfast time, the Connecticut resident mom was agonized and crying in pain on her couch.

Urged by her daughter, she visited the emergency where a series of tests revealed that a tumor in her colon was bleeding and she was diagnosed with colon cancer.

At the time of the diagnosis, she was just 49 years of age.

The diagnosis came as a shock.

The diagnosis shocked Vanessa, as she was young, healthy, and took a healthy diet. According to her, she did not possess any risk factor and maintained overall good shape.

The diagnosis of stage 3 cancer in her colon came as a shock to her.

The diagnosis came at a time when the tests for colorectal cancer were suggested at the age of 50 years by the US Preventive Services Task Force (USPSTF).

The previous guidelines were revised, and on Tuesday, a recommendation was issued, lowering the age for colon cancer tests to 45 years.

The final draft guidelines will be released in October that will provide insurance coverage for the same.

What changes do the new guidelines endorse?

The new guidelines are based on the commendations of 2016 by the American Cancer Society, which marks the age for colon cancer screening at 45 years.

According to Dr. Kimmie Ng, the director of the Young-Onset Colorectal Cancer Center at Dana-Farber Cancer Institute, and the doctor for Vanessa implies that after the mid-1990s, colorectal cancer has been increasing in people below 50 years of age at an alarming rate.

Dr Kimmie further added that in 2020 the percentage of rectal cancer and colon cancer was 11% and 15%, respectively, among individuals below 50 years of age.

What are the statistics?

Dr Douglas Rex, president-elect of the American Society for Gastrointestinal Endoscopy and director of endoscopy at Indiana University, stated that between the age group of 45-49 years, there are 7000 cases of colon cancer and 1800 deaths a year to colon cancer every year.

Furthermore, this age bracket is associated with 50% colon cancer diagnosis under the age of 50 years.

Expert’s take on it.

An advisor to the National Institutes of Health on cancer screening, Barry Kramer, appreciated the recommendations of the task force.

He suggests that individuals who are healthy should be tested for colon cancer within the age of 50 to 75 years.

For the age group of 45-50 years, the clinical data is not as strong as that for those aged above 50 years.

However, suppose someone chooses to get tested for cancer before the age of 50 years. In that case, it should be accessible for them, as implied by Kramer, the previous director of the Division for Cancer Prevention of the Government.

According to Ng, the doctor who treated Vanessa, the lowering of the suggested age for colorectal screening makes the tests easily accessible to a large population.

It also makes the tests affordable to be undertaken by people.

As any recommendations put forward by the USPSTF, they are covered by the insurance agencies without putting any extra charges on its beneficiaries.

This also signifies important procedures like colonoscopies and stool tests to be covered under the insurance scheme of an individual.

It further facilitates easy diagnoses and early treatment for colon cancer as these means of screening are often adopted by physicians to assess the condition of a patient.