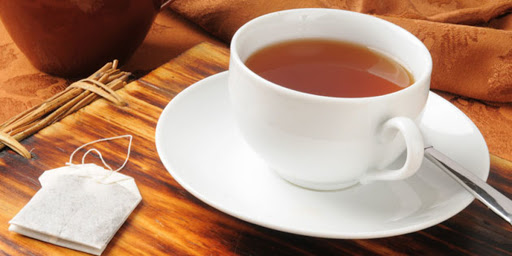 The loyal tea lovers across the world, at some point or the other, must have delved into questions like, can herbal tea be considered real tea, and how much is tea capable of relieving stress.

Tea has been a common beverage and being consumed for more than 5000 years. It can help a person relax and enter into a state of calm, implies Joyce Maina, the founder and director of the Cambridge Tea Association.

Can Herbal Tea Be Considered Real Tea, What Experts Say

Maina further adds that after a long and hectic day, one would undoubtedly love to relax while sipping in a cup of tea, owing to its relaxing qualities.

How is herbal tea different from true tea:

True tea is manufactured from the leaves of the camellia Sinensis plant, referred to as tea plant in common terminology.

Herbal tea is made up of a variety of spices, flowers, barks, and leaves of both edible and non-edible plants, as explained by the Republic of Tea.

The tea plant is historically originated out of China and the North-Eastern part of India, states Peter Goggi, the president of the Tea Association in the USA.

Goggi further adds that around the 1800s, tea was brought around the world by the British and the Dutch, who were big lovers of tea.

In Indonesia, tea was introduced by the Dutch, while in Sri Lanka, tea was planted around 1870.

The manufacturing is also a lot different when it comes to herbal tea and original tea.

Original tea is always obtained after processing the leaves of the camellia Sinensis plant, while herbal tea is made using recipes that vary from one person to another.

As explained by Goggi, tea is one of the most sustainable natural resources as only the leaves are plucked every 15-30 days rather than uprooting the entire plant.

While in the case of the manufacture of herbal tea, the leaves of the camellia sinensis plant are not used, which makes the herbal tea ineligible to called real tea.

However, the health benefits of herbal tea do not change owing to the differences in manufacturing processes

Tea and its stress-relieving abilities:

True tea contains both caffeine and an amino acid called L-theanine, which are natural stimulants that can relax the brain and energize it, thus taking off the fatigue that one can feel from time to time.

As explained by Goggi, tea has the ability to induce the body to go into relax mode, which is a probable reason for the popularity of afternoon tea.

It boosts the brain during the low period that prevails after lunch and before dinner.

However, the concentration of L-theanine in tea depends on the type of tea one is consuming and also the process that is being followed in the manufacturing of the tea.

A form of natural tea, green tea is manufactured using high heat and steam. It has a high concentration of flavonoids that are known to reduce the level of bad cholesterol in the body.

It also lowers the chances of blood clotting and can help in managing blood pressure, according to the peer-reviewed study of 2014.

Black tea is processed by drying and fermentation, also contains flavonoids and anti-inflammatory properties that boost the immune system, and helps to treat skin rashes and skin inflammation if used in baths.

The oolong tea is manufactured by the process of partial oxidation and is rich in the compound polyphenol, and L-theanine that can lower inflammations and reduce the chances of Parkinson’s disease or Alzheimer’s respectively.