Israel Exchanges Its Medical Data With An MNC For Coronavirus Vaccine

With Covid-19 vaccines being finally produced, the entire globe is impatient to finally be immune.

While vaccine supply has already begun in the United States, Brazil along with a few other countries are still struggling to get the precious doses.

Israel Exchanges Its Medical Data With An MNC For Coronavirus Vaccine

Israel on the other hand has placed an agreement with the American MNC pharmaceutical, Pfizer. The deal states that Israel will be provided with the vaccine but only in exchange for medical data.

Experts state that this can possibly result in large amounts of vaccine making Israel one of the first countries in the world for successful and complete vaccination of a country’s citizens.

Whereas on the other hand, critics also express their concern for possible privacy violations. It can also result in a division between the countries in terms of rich and poor, especially Palestinians who live in the Israeli-controlled West Bank and Gaza.

Israel Prime Minister Benjamin Netanyahu claiming himself as the country’s vaccinator-in-chief, stated that he has finished all the negotiations with Pfizer’s chief executive and the vaccines are ready to arrive soon.

He also said that the country would turn out to be a global role model.

The Israeli Health Minister confirmed to the American Press that the vaccines will initially be tested before distributing it to the public.

Israel has an estimated 551,000 cases from the initial days of the virus and there are around 4,000 deaths. The Health Ministry states that their goal is to ensure maximum vaccination by March which is also the same time as their elections.

The amount of money that Israel paid for the vaccines is not revealed.

Some of their media outlets have also reported that the country has paid 50% more than any other country. The World Health Organization was contacted with all the details but they haven’t yet responded.

WHO Europe’s Program Manager for vaccine-preventable diseases and immunization, Dr. Siddhartha Datta remarked that such agencies have a huge possibility of violating the medical data.

Lawrence Gostin, a global health law professor at Georgetown University in Washington expressed concern over Israeli citizens’ safety and satiated that poor countries will be massively left out without any vaccines.

Netanyahu’s vaccine deal is centered around his re-election in order to divert the public eyes from his corruption. The urge for power has costed the lives of so many innocent citizens who are likely to get their medical details misused at any second.

Supplying doses to its own Arab citizens and Palestinian residents of Israeli descend, Israel expressed that it wasn’t their concern for Palestine’s vaccine need.

There are so many Palestinians working in Israel and its West Bank settlements. Human rights groups stated that Israel should share vaccines with Palestine without any discrimination.

An advocacy group in Israel known as Privacy Israel petitioned the government to reveal the details of the deal. They also mentioned the harmful usage of the citizens’ medical data. 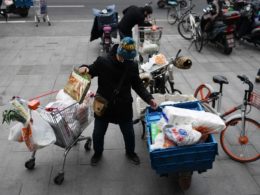 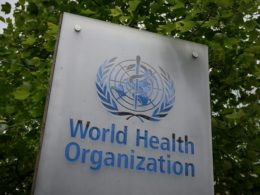 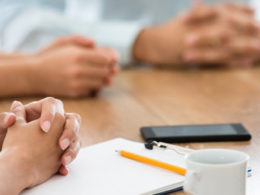 Experts Predict of Future Changes In Americans After COVID-19

Years before, U.S health infectious disease experts warned that there was a probability of a pandemic to occur…
byAdmin 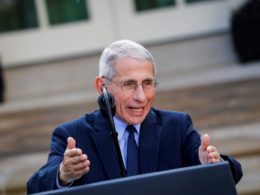 General Public Will Have Access To Vaccinations By April, Says Fauci

Dr. Anthony Fauci said that the U.S can let the public have access to COVID-19 vaccinations in April.…
byAdmin