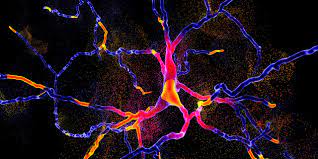 Stroke Researchers at UT Southwestern’s Peter O’Donnell Jr. Brain Institute have discovered a new protein involved in cell death that could be used as a preventive target to inhibit or slow the progression of neurodegenerative disorders after a stroke.

Your brain needs oxygen to function properly. While your brain accounts for just 2% of your body weight, it consumes 20% of the oxygen you breathe.

All these areas of your brain receive oxygen-rich blood through your arteries.

What Happens in the Event of a Stroke?

If something blocks blood flow, brain cells begin to die within minutes due to a lack of oxygen. This results in a stroke.

UTSW pathologists, neurologists, biochemists, and pharmacologists discovered and designated AIF3, an alternative type of the apoptosis-inducing factor (AIF), a protein essential for sustaining proper mitochondrial activity. Once released from the mitochondria, AIF initiates processes that result in the form of programmed cell death.

The UT Southwestern team partnered with researchers from The Johns Hopkins University School of Medicine in a study conducted in the journal Molecular Neurodegeneration and discovered that after a stroke, the brain switches from generating AIF to producing AIF3.

They also discovered that stroke causes a mechanism known as alternate splicing, in which a portion of the instructions encoding AIF is deleted, resulting in the development of AIF3. Defective splicing may lead to illness, but altering the splicing mechanism may lead to new therapies.

AIF3 levels were shown to be elevated after a stroke in both human brain tissue and mouse models produced by the researchers. Stroke-induced AIF3 production resulted in extreme progressive neurodegeneration in mice, suggesting a possible cause for a severe side effect of stroke found in some patients.

It is important to understand the underlying mechanisms causing AIF3 splicing-induced neurodegeneration. This entails the cumulative effect of missing the original form of AIF, thus acquiring the altered AIF3, resulting in mitochondrial dysfunction and cell death.

Through our research, the results shed light on an important tool for understanding the function of AIF3 splicing in the brain, as well as a possible therapeutic target for preventing or delaying the progression of neurodegenerative diseases.”

Shockingly enough, the results are critical for recognizing the after-effects of stroke. Stroke is a cardiovascular disorder that affects nearly 800,000 people in the United States each year. Moreover, According to the Centers for Disease Control and Prevention (CDC), one person dies from a stroke every four minutes.

It should be brought to the notice of the general population that stroke is responsible for one of every six deaths from cardiovascular disease. Out of all patients with stroke, the ones with ischemic strokes account for about 87 percent of all cases.

High blood pressure, high cholesterol, alcohol, obesity, and diabetes are one of the leading causes of stroke. Stroke also affects some groups differently and is more common in males, despite more women than men suffering from stroke.

According to the CDC, black people have double the chance of a first-time stroke as white people and a greater risk of mortality. Since 2013, Hispanic minorities have seen a rise in mortality rates, while other populations have not.