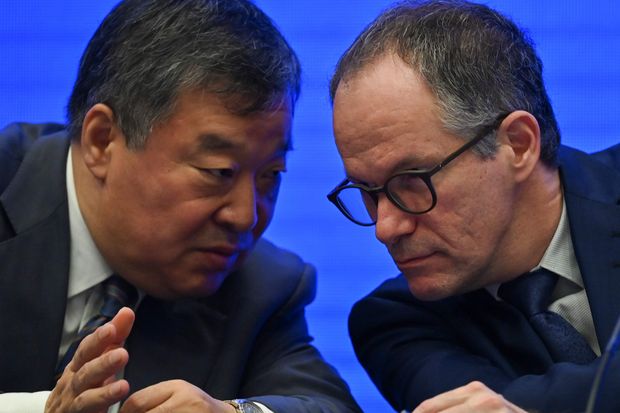 Chinese state media lost no time in using the recently concluded visit of the WHO team to consolidate its propaganda over the origin of the Coronavirus pandemic. State-run newspaper China Daily, in its headline targeting international readers, quoted the WHO team saying probe of virus’ origin should not be geographically bound, while Global Times, a nationalist tabloid, adding to it said WHO was ready to scrutinize Southeast Asia as the potential origin of the virus.

Chinese experts who had worked with the team did their bit in spinning the findings to clear Wuhan as a potential origin of the pandemic.

According to Liang Wannian, a lead expert with China’s National Health Commission (NHC), who spoke to reporters, it was still not clear how the virus arrived at the Huanan Seafood Market, which had earlier been identified as the place to have seen the earliest outbreak. He added it could have come through infected people, contaminated products, frozen foods, or animals.

The WHO team had warned ahead of their four-week visit to the central  Chinese city, which ended this week that the research might not throw up anything especially groundbreaking. The team cited the length of time since infections first started spreading in Wuhan. The team also referred to the degree to which the city had been disinfected and sterilized since, with residents going through a lengthy lockdown before returning to relative normality.

According to commentators, therefore there was no shock that the team offered no surprises in their findings Tuesday. The investigators dismissed suggestions of the virus having escaped from a Chinese lab dedicated to studying such infections. On other issues, the WHO experts admitted they had no clear evidence.

Peter Ben Embarek, one of the WHO investigators asked rhetorically did they dramatically change the picture they had beforehand. He replied he did not think so. He went on to ask whether they added details and replied they absolutely did.

Animals had long been seen as the most likely spreader of the virus before it jumped to humans. According to an early hypothesis, the virus evolved inside bats  that were prone to coronaviruses. The virus then passed to humans, potentially via a third species.

Ben Barek said the team’s initial findings suggested that the introduction through an intermediary host species was the most likely pathway and one way that would call for more studies and more specific targeted research. He added, another possibility was “direct zoonotic spillover,” or point to point transmission from the original species, most likely – bats — to humans.

He also addressed two other theories in the WHO news conference- one that the virus had escaped from a Wuhan lab, which he dismissed as unlikely. The other was the possibility of transmission to humans via frozen foods, which he said could not be ruled out.

Meanwhile, China had all along been pushing the theory that the virus could have been brought by the frozen food supply chain to Wuhan from another country. Most scientists outside China consider the possibility as unlikely.

The official mouthpiece of the Chinese Communist Party, the People’s Daily, late last year claimed that all available evidence suggested that coronavirus had not started in central China’s Wuhan, rather it might have come into China through imported frozen food products and their packaging.

Both WHO and the US Centers for Disease Control and Prevention (CDC) had earlier said that they had found no evidence of the virus being transmitted via food or food packaging and even before reaching pandemic level it was far more prevalent in warehouses and factories.

It may be pointed out that the WHO team members were under scrutiny both from a world desperate to understand the origin of the pandemic and the Chinese, who were interested for different reasons.