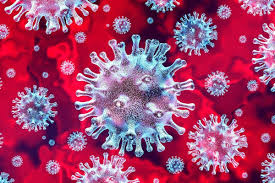 Covid 19 has created major havoc around the world since its arrival at the Wuhan market. It has complicated the living conditions of people and has not stopped taking lives. To date, the world has seen 109 million people infected by the same version of the virus. Although 61 million have recovered from the disease, the majority of the recovered population had to deal with side effects. Many recovered people had tested positive again and that was quite worrying. The total death toll has reached 2.4 million with the US being the worst-hit country with 485,000 deaths and 27.7 million COVID-19 cases.

The latest reports reveal that the researchers have discovered 7 new variants of the coronavirus in the US.  Studies have not yet confirmed the spread rate of the virus and are still unaware of how contagious it can be when compared to the original strain. Virologists have claimed that ‘it has been a serious mutation happening to the virus and we have been alert to the situation’. The safety protocols are not yet to be taken off and the current virus is talked to be stronger than the first strain of the virus. Researchers are confused about the exposure but they are yet to confirm how contagious the new versions of the viruses are.

How Chilled Out Can You Be With The Discovery Of 7 New Coronavirus Variants In The US?

Jeremy Kamil- A virologist at the  Lousiana State University Health Sciences said “There’s clearly something going on with this mutation”. Comparing the sequences of mutated coronavirus samples, he noticed these changes and realized that the mutations are on the same amino acids. THE TIMES reported that this could make things simpler for the virus to enter human cells. Scientists have been worried about this and are still doing further research on the case.

Kamil claimed that all these variants of viruses belonged to the same lineage and by genome sequencing and comparing through the data of other scientists across the world, he realized that he was not the only one who found the same mutating variant of the virus.

The virologist had detected the mutation but unaware of how prevalent they are. It’s unpredictable and nobody is aware of how, when, and where were these viruses first spotted.

Other contagious versions of the coronavirus were found in the United Kingdom and it is reported that the virus spread rate is  45% more transmittable than other strains found in the US. Reports also assume that this strain of the virus could be up to 70% fatal than the older version. The Center for Disease Control and Prevention has forecasted that this variant could be the most common mutated version of coronavirus by march 2021.

The best way to handle this situation is to take the recommended vaccine. But that doesn’t mean you can stop wearing a mask and avoid using hand sanitizers. You might be invited to parties but it’s always better to stay away from these. If you know how fearsome was the situation when the virus first attacked the United States and took as many lives, then you still know it is still found in people of all provinces.