What We Know About The New Coronavirus Strain B117 So Far?

The new coronavirus strain that was first discovered in the UK has now spread across the world. In the US, the new coronavirus strain, also known as the B117 strain, has spread into several states. As per the latest reports, more than 4 states have confirmed that they have detected cases associated with the new B117 strain. The interesting thing is that none of the people affected by the new strain had any history of travel in recent weeks.

What We Know About The New Coronavirus Strain B117 So Far?

The CDC has said that the new strain B117 is more contagious when compared to the original strain, and it was even confirmed by the health authorities in the UK. The strain was first spotted in September in the UK, and it has spread to more than 33 countries in a short duration of time. As per the latest reports coming from England, more than 60% of the new infections in London are due to this strain in recent weeks.

Scientists have said that the new strain is more contagious for various reasons. Even though it is normal for the virus to mutate once every two weeks, this strain has several mutations that affect the spike protein that attaches to the human cells. The new strain is able to bind better to the receptors on the cells, and this makes it more contagious.

The good thing is that this is not more lethal than the original strain and most of the symptoms associated with this variant is the same as that of the original strain. The CDC has clarified that there is no evidence to say that B117 increases the risk of death or causes severe illness.

CDC officials also said that there are chances that the existing vaccines would be enough to control the B117 variant. However, further studies are needed, and the authorities are working on conducting such tests in recent weeks.

According to official reports, the new strain was first detected in the US last week. However, experts believe that it may have come to the US many weeks before, and it was spreading without getting noticed. It is interesting to note that some of the cases detected with this new strain did not have any travel history.

As of now, Colorado, California, Florida, and New York have detected the new variant of coronavirus. The mass vaccination program is going on at a decent pace in the last few days after it had a slow start in the last few weeks. In the last few days, more than half a million people are being vaccinated every day, and this is a good improvement from the early days.

The authorities expect that the vaccination program will pick up further pace in the next few weeks as distribution hurdles are eased in the future. The vaccine manufacturers have expressed hope that their vaccines would be effective against the new variant B117. BioNTech CEO said that they are conducting tests in this regard, and they would be able to give some confirmation after a few weeks. As the US is dealing with a huge surge in recent weeks, many experts are worried that the B117 strain can lead to more hospitalizations in the near future. If it happens, it can have an ever impact on the healthcare system. 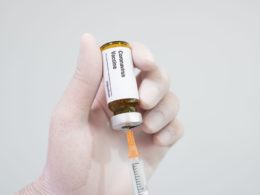 According to legal experts, companies mandating covid 19 vaccines are not violating federal law. Employers can make it…
byAdmin 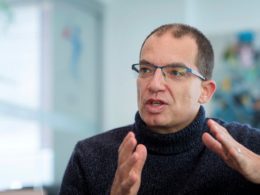 Moderna CEO: We Will Have To Live With Covid 19 Forever 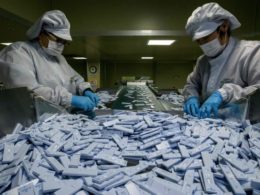 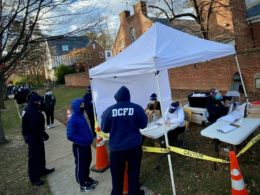 States Shift Priorities To Include Public For Vaccinations

The vaccine rollout program has become a messy affair, as many states are not able to use all…
byAdmin