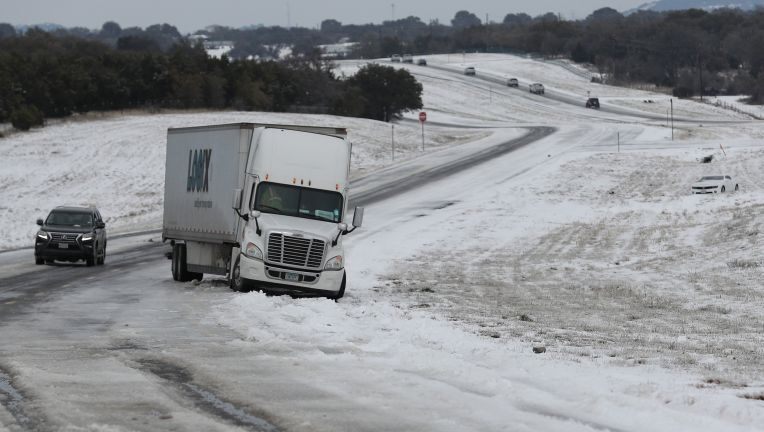 The U.S is widely attacked by the vigorous winter storm, delaying vaccination efforts widely across the country.

The vaccination campaign of the country began disturbingly slower with limited doses. However, the pace gradually improved with enough doses recently and most of the states were about to resume the distribution of shots.

Current reports from the states which suffer from the icy blast said that they plan to pause these efforts to restore vaccination campaigns.

The whole U.S population was hopefully preparing to receive the vaccine doses as they relieved that the vaccination efforts gathered strength and pace. However, the winter storm added confusion and desperation to it.

The states in which the snowy weather showed its aggressive face either postponing their vaccination campaigns by closing the vaccination clinics, or delaying the already scheduled necessary shipments.

Mayor Bill de Blasio of New York said that the city stopped 30,000 to 35,000 vaccination appointments since the expected doses to be delivered in the city are delayed due to sudden changes in the weather.

Public experts said that the delays in the delivery of supplies, as well as the distribution of shots, were unacceptable.

Dr. Amesh Adalja, a senior scholar at the Johns Hopkins Center for Health Security said that vaccine centers getting closed by the snowy days will only let things go back worse than they already are, and the virus wouldn’t take snowy days as the vaccination campaign takes.

Dr. Adalja added that those who are in charge of the vaccination efforts should find ways to tackle such unexpected weather changes to be more resilient just like the mail is delivered through sleet or snow by mailmen. He also suggested that clinics can use better contingency plans, and the goal must be getting more and more vaccine doses into people’s arms.

Jeff Zients, the White House COVID-19 coordinator said that people in Washington are working as hard as they can since they are aware of the importance of getting the doses to the states and providers, however, the deliveries get impacted with the winter storm.

Zients further said that the administration is providing more and more sites in areas like Texas to raise their working hours when they restore the distributions.

It is also necessary to ensure that people are getting their vaccine shots as some states have lost significant time.

In the Southern parts of America, the scheduled shipment of Pfizer vaccine supplies got delayed after the winter storm burst.

Pfizer’s spokesman Eammon Nolan said that the company is unaware of any spoilage of the doses due to the delay in deliveries. The vials of the vaccine doses have to be kept frozen at a temperature of minus 94 degrees Fahrenheit and shipped with dry ice in containers with temperature regulations. The vials which have been kept unopened in this state can outlast up to 10 days.

The Moderna vaccine supplies also delayed their deliveries in southern Nevada, due to climate changes. Officials said that these supplies were to be given as the second dose to those who received their initial doses.