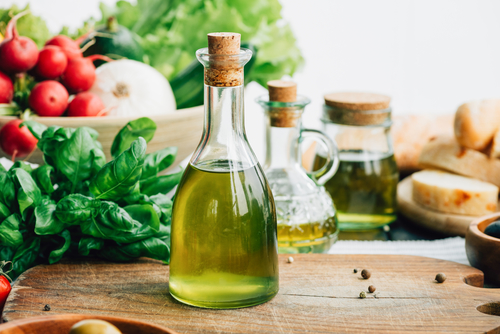 Mediterranean Diet Likely to Prevent You From Crohn’s Disease

The most commonly suggested diet for curing Crohn’s disease is the Specific Carbohydrate Diet (SCD). Though many doctors do suggest following the Mediterranean food diet for purposes other than Crohn’s disease or other IBDs (inflammatory bowel diseases), mostly for healthy heart benefits.

There is also a disadvantage in following these specific diets as following such rigid and controlled diets may lead to a lack of nutritional variety and necessary calories. Well, following a Mediterranean diet might help in such situations.

Dr. Arun Swaminath, an associate teacher at Feinstein institutes of medical research in northwell health in New York, states that “It’s the idea of helping my patients avoid a pathway of increasingly restrictive foods for them to feel like they’re being healthy enough to control the underlying problem. If I can keep them away from that dark pathway, I feel like I’ve done something good”.

Dr. Arun Swaminathan also states that “Diet isn’t the only line of defense against Crohn’s disease. For more than 20 years, since the first biologic medication was approved, there has been a blossoming of different medical therapies”.

Apart from already recommended medicines, like immune modulators and steroids were repurposed in order to cure Crohn’s disease. In further interaction with Dr. Arun Swaminathan, he also said that “While admittedly, we haven’t cured everybody or gotten everyone into a medicine-induced remission, we can help most people get to essentially a normal quality of life.”

However, information regarding what diet is to be followed while suffering from Crohn’s disease is not clearly mentioned over the internet, which is definitely bad news for people who want a substitute for immunosuppressive therapy.

Food diet is not a replacement for medication, but is said to be an adjunct, says Dr. ElieAbemayor who is also the chief of the gastroenterology division at Mount Kisco in Norther Westchester hospital.