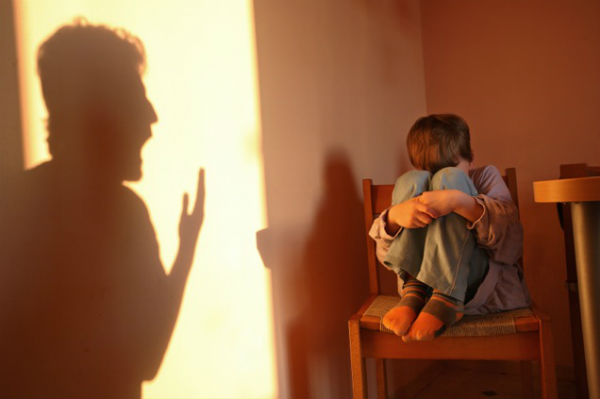 The fact that harsh parental methods are normal, and most people in Canada and around the world consider them socially appropriate is the reason behind poor brain development.

According to a new report, harsh parental behavior during childhood has long-term consequences for children’s brain growth. According to a recent analysis, being aggressive, violent or shouting at children on a regular basis is linked to improper brain development in adolescence.

This is the first research to look at the relationship between harsh discipline, children’s anxiety, and their brain morphology.

According to this recent research published in Development and Psychology, being violent, beating, pushing, or shouting at children on a regular basis is related to smaller brain structures in adolescence. The study was led by Sabrina Suffren, Ph.D., of the Université de Montréal and the CHU Sainte Justine Research Centre, in collaboration with Stanford University researchers.

“The ramifications extend beyond brain modifications. What’s critical, in my opinion, is for parents and community to recognize that using harsh parenting techniques on a regular basis will affect a child’s development, “Suffren, the study’s lead author, said.

One should be more concerned about their child’s social and emotional development, as well as their mental growth.

Child abuse in the form of sexual, physical, or mental abuse, and even deprivation in one form or another can be attributed to anxiety and depression later in their life.

Pathophysiologically speaking, children that have been subjected to extreme trauma have a smaller prefrontal cortex and amygdala. Two most critical parts of the brain that play a crucial role in cognitive control and the onset of anxiety and depression, according to previous research.

Researchers have also discovered that the same brain areas were lower in teenagers who had been exposed to strict parental methods repeatedly as infants, despite the fact that the children had not been subjected to more severe acts of violence.

“These are both important and novel observations. It’s the first time that harsh parental behaviors that aren’t as bad as extreme bullying have been attributed to smaller brain structures. This growth was far from normal and precisely mimics to what we find in abuse victims” Suffren completed the study as part of her doctoral thesis at the University of Minnesota’s Department of Psychology.

“Harsh parenting strategies are linked to inducing differences in brain development among children,” she said, “but now we know that they also affect the very nature of children’s brains,” according to a study published in 2019.

The fact that this report has used evidence from children who had been studied since birth at CHU Saint-Justine by the Université de Montréal’s Research Unit on Children’s Psychosocial Maladjustment (GRIP) and the Quebec Statistical Institute in the early 2000s is one of its core strengths.

In this study, parenting behaviors and child anxiety levels were assessed on an annual basis from the period when children were between the ages of 2 and 9. This information was further used to categorize the children into two categories depending on the level of exposure to persistently harsh parental behaviors, be it low or high.

According to Suffren, “Keep in mind that between the ages of 2 and 9, these children were regularly exposed to harsh discipline methods. This suggests that their brain abnormalities are due to repeated sensitivity to rough parental methods as infants.”

Suffren and her collaborators assessed the children’s anxiety thresholds and performed anatomical MRIs on them between the ages of 12 and 16 and came forth with this study.