Prostate cancer is a big problem in the US and it is the second leading cause of cancer-related death across the country. Researchers say that prostate cancer affects approximately one in eight men. Interestingly, this is the most commonly diagnosed cancer in men in most parts of the world.

According to a new study, researchers have found a link between increased amounts of coffee consumption to lower risk associated with prostate cancer. Researchers suggest that coffee can have a protective effect against some types of cancer and this offers a lot of hope to fight cancer in the long run. Health experts are excited about the research as coffee is one of the most popular beverages around the world.

In this regard, even if consumption of coffee offers a small protection against cancer, it can have a huge effect on the large population to fight certain types of cancer. According to the current research, there are mixed results about coffee offering protective effects against cancer. However, several health experts in the US have said that consumption of coffee can reduce the risk of prostate cancer by some margin.

The researchers also considered the findings of previous studies in this situation. It was generally found that, men with prostate cancer had different coffee consumption habits when compared to the men without prostate cancer. Apart from that, it has also considered other parameters about the overall health condition of the individual.

Researchers reviewed more than 16 studies for their analysis and the studies collectively involved more than 1 million participants across the world. Among them, about 57000 developed prostate cancer. The coffee consumption habits of the participants were reported on a voluntary basis and several studies indicated that higher levels of coffee consumption was linked to lower risk associated with prostate cancer.

There are many reasons for the link between consumption of coffee and lower risk associated with prostate cancer. Health experts say that coffee improves glucose metabolism in the body and has several anti-inflammatory and antioxidant effects on the body. Apart from that, it also decreases the concentration of Plasma insulin and affects the sex hormone levels which play different roles in the development and progression of prostate cancer in the body.

However, as the study included more than 1 million participants across the world, a common factor was noticed and it was evident that higher consumption of coffee was generally linked to lower risk of prostate cancer. 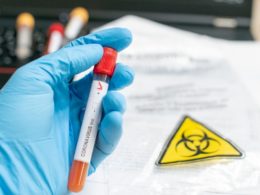 If I Have COVID 19, Should I Take The Vaccine?

COVID 19 is the main cause of death in the US. It kills more people every day than…
byAdmin 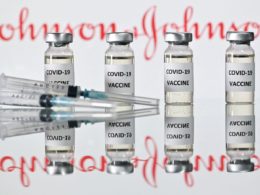 Amid concerns that the Covid-19 transmissions are taking a turn for the worse, a key FDA panel of…
byAdmin 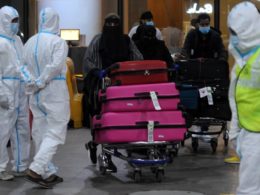 President Joe Biden has decided to impose a travel ban starting from January 26th on all non-U.S citizens…
byAdmin 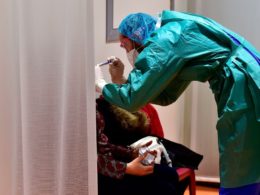 In a major breakthrough, the first home covid test gets approval from the FDA. The best part about…
byAdmin