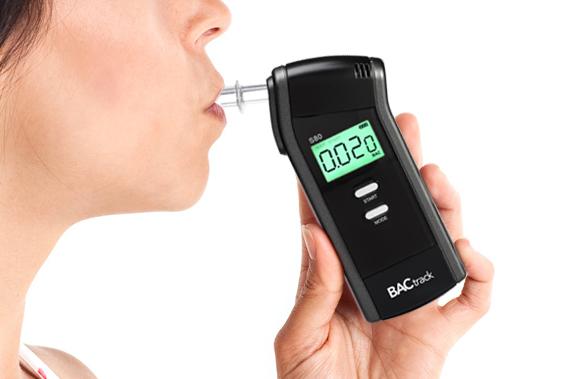 In the U.S, on average, 29 people died due to Alcohol-impaired driving that is drunk and drives, and it costs around $121 billion every year. There are so many rules and regulations made to reduce the fatality rate from 2009, but it again started increasing in 2015.

The Accuracy Of Alcohol Breath Controllers In Smartphones Often Fluctuates

The various studies found out that drinkers cannot be estimated how much they’re drunk and can’t know their blood alcohol level. Most of them have breath testing devices called a breathalyzer which helps in calculating the alcohol concentration level to determine if they are allowed to drive or not.

It should be below 0.08%. As the technology is developing now, these alcohol breath testing devices are available in our smartphones, which acts as personal testing devices. A study by Perelman School of Medicine at the University of Pennsylvania states that some of these devices are working properly and give accurate output, but some are not; their results fluctuate.

To check the reliability of these devices, a comparison is made between six devices with two validated alcohol consumption tests which are used by police. The lead investigator M. Kit Delgado, MD, MS, an assistant professor of Emergency Medicine and Epidemiology at Penn, states that the crashed and faulty alcohol level testing devices can be prevented.

People should use their common sense that if they are drunk, they shouldn’t drive, but they often try out their plan and arrange travel alternatives, and also judge their fitness with drinking capacity. And as they have this handy breathalyzer with their smartphone, they check whether they’re within the limit or not.

If the device gives accurate results, it’s safe to use, but if the readings were incorrect, for example, their blood alcohol content is above the legal limit, but the readings came as below, this not only a threat for them but also to people who are on the road.

The researchers started to assess these devices; they included 20 average alcohol drinkers aged from 21 to 39. To reach the peak BAC over the legal driving limit that is .10%, they give three portions of vodka in 70 minutes.

After every dose, the breath alcohol concentration was checked by both smartphone-linked devices and the police handle device. The most precise way of measuring the limit is via blood drawn for BAC; they did this after the third dose.

The analysis is done by taking statistical data to find the difference in readings. After the test, all seven devices resulted in 0.01% more by BAC; some of them are not only accurate but consistent; also, on the other hand, 2 devices failed to detect the limit of 0.08%, which is detected by police handled devices. As a result, one device was prohibited from selling and discontinued, and others were upgraded with new format and technology.

And out of these, 2 gave the same accurate results as the police-grade devices. These were used in collecting the measurements for further alcohol consumption research.

Delgado said after the research that, although we have devices to calculate the alcohol consumption level, the best thing was not to drive after drinking. Technological things may not always give accurate readings as it’s a machine; it can differ at any point in time.

He concluded, these devices didn’t require any sought of approval from the FDA but still should always be reevaluated before using this for finding out the readings.